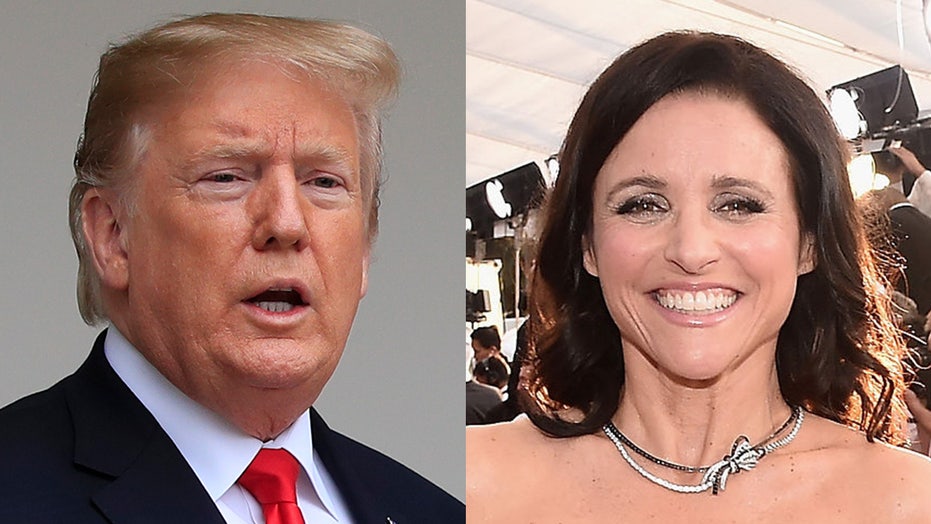 Julia Louis-Dreyfus poked fun at President Trump's confusion regarding where the Kansas City Chiefs are based Monday, writing "Veep" would have had a tough time competing with his tweets.

The actress played a U.S. vice president and later President Selina Meyer on the HBO series, which ended its award-winning run this year.

On Monday, she responded to a tweet from screenwriter Gary Whitta, who shared a story from The Hill about Trump mistakingly congratulating the state of Kansas for the Chiefs 31-20 Super Bowl LIV victory over the San Francisco 49ers.

“Congratulations to the Kansas City Chiefs on a great game, and a fantastic comeback, under immense pressure,” Trump wrote before deleting the tweet. “You represented the Great State of Kansas and, in fact, the entire USA, so very well. Our Country is PROUD OF YOU!”

"Very difficult to compete with THAT," Louis-Dreyfus wrote.

The Chiefs are based in Kansas City, Mo., which is right across its border with Kansas. Trump later deleted the tweet and replaced it with another congratulating Missouri.

The mistake did not go unnoticed and prompted the internet to pile on Trump.

Louis-Dreyfus has criticized Trump in the past. Last year, she called him a "pretend president" during the HBO portion of the Television Critics Association Winter Press Tour in Los Angeles.

"I am not a fan," she said. "I am a patriot and I am very unhappy with our current political situation — and this, by the way, has nothing to do with 'Veep,' this is me talking right now."