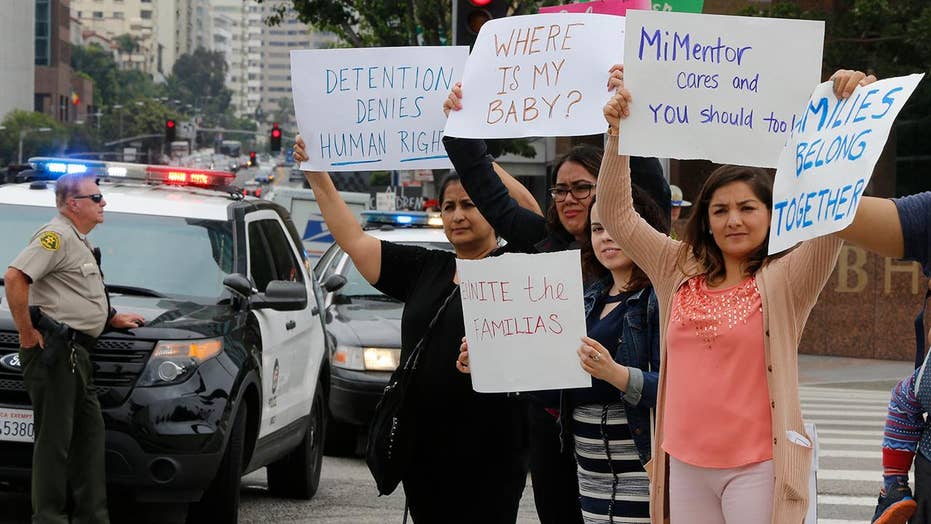 Judge orders reunification of 23,000 families nationwide within 30 days; Bryan Llenas reports from Mission, Texas on the details of the ruling.

U.S. District Judge Dana Sabraw on Monday said he was "very encouraged" by the Trump administration's "real progress" in reuniting illegal-immigrant families separated at the border.

More than 50 immigrant children under age 5 will be reunited with their parents by Tuesday's court-ordered deadline for action by Trump administration, and the families will then be released into the U.S., a government attorney said Monday.

That's only about half of the 100 or so toddlers covered by the order, but Sabraw said the news so far has been encouraging.

"There's no question that the parties are meeting and conferring," Sabraw said at a court hearing. "This is real progress, and I'm optimistic that many of these families will be reunited tomorrow, and then we'll have a very clear understanding as to who has not been reunited, why not, and what time-frame will be in place."

Justice Department lawyer Sarah Fabian acknowledged the government wouldn't meet the deadline for all the children, citing a variety of reasons, including that the parents of some of the youngsters already have been deported.

Fabian said that 54 children will be joined with their parents by the end of Tuesday at locations across the country and that an additional five were undergoing final background checks.

"This is real progress, and I'm optimistic that many of these families will be reunited tomorrow."

DHS TOUTS DROP IN BORDER CROSSINGS BECAUSE OF 'ZERO-TOLERANCE' POLICY

It was the first time the government indicated whether the parents and children would be released or detained together. They will be set free in the U.S. pending the outcome of their immigration cases, which can take several years.

Fabian didn't say why they were being released, but as The Associated Press noted, U.S. Immigration and Customs Enforcement has little space to hold families.

ICE has three family detention centers with room for about 3,000 people in all, and the places are already at or near capacity. The Trump administration is trying to line up thousands more beds at military bases.

American Civil Liberties Union attorney Lee Gelernt told reporters he was "both pleased and disappointed" with the government's progress toward meeting the deadline. 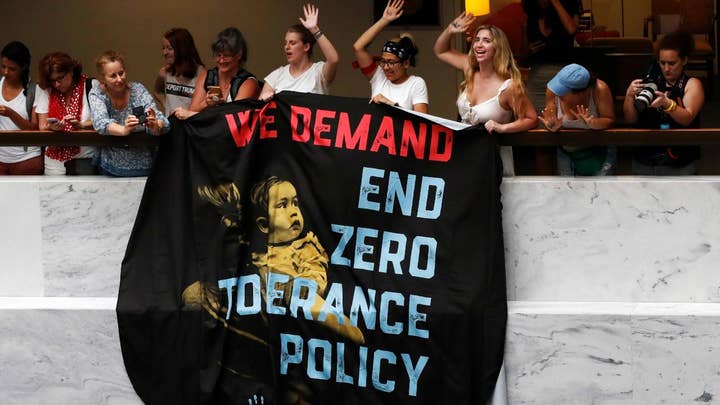 "Tomorrow there will hopefully be more than 50 babies and toddlers reunited with their parents, and that is obviously an enormous victory," he said. But he said those who remain split from their parents are "in for a long process."

Sabraw ordered both sides back in court on Tuesday to give additional updates.

More than 2,000 children in all were separated from their parents by U.S. immigration authorities at the border this spring before President Trump largely reversed course on June 20 amid an international outcry and said families should remain together.

Late last month, Sabraw, an appointee of Republican President George W. Bush, set a 14-day deadline to reunite children under 5 with their parents and a 30-day deadline for older children. The 30-day deadline is up July 26.

Monday's hearing set the stage for a dramatic day of reunifications on Tuesday across the country, though they are likely to occur largely outside public view. Fabian did not disclose specifically where the reunions would take place.

As for most of the rest of the under-5 children who have yet to reunited with their families, Fabian said that their parents have already been released into the U.S., have been deported, or are behind bars on criminal charges.

One child has not been matched with a parent, Fabian said. The ACLU identified him as a 3-year-old boy.

The hearing followed a feverish weekend of talks between the administration and the ACLU after the judge refused on Friday to grant a blanket extension to the deadline, saying instead that he would only consider certain exceptions.