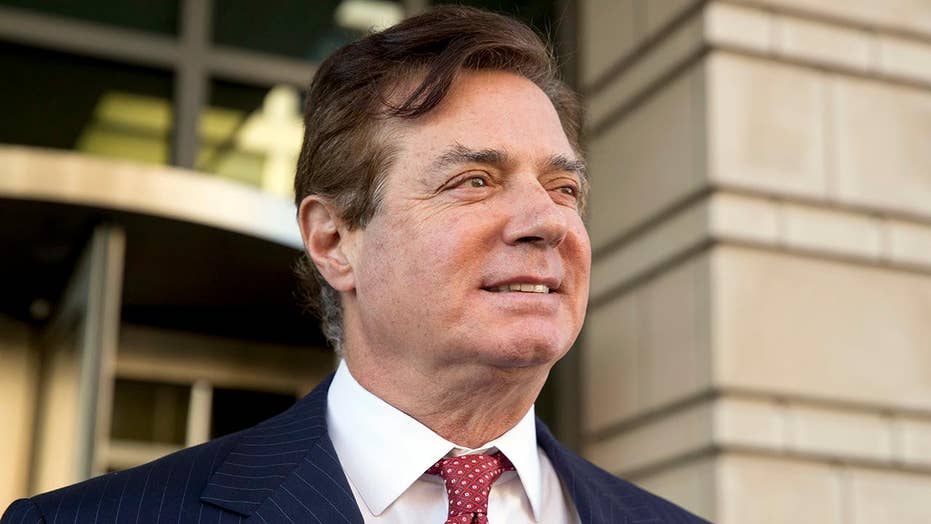 Both sides are expected to clash in a closed hearing over allegations that President Trump's former campaign chairman lied to special counsel investigators and violated his plea agreement; Catherine Herridge reports.

Manafort, who avoided a second trial in Washington, D.C., last year by agreeing to cooperate with investigators, allegedly lied to prosecutors about five separate topics, including Manafort’s contact with administration officials; information “pertinent to another Department of Justice investigation,” and a $125,000 wire transfer to a firm working for Manafort.

But at the closed-door hearing on Monday, U.S. District Judge Amy Berman Jackson repeatedly and bluntly pressed prosecutors to explain why Manafort's misstatements, including some that he corrected voluntarily, should affect his upcoming sentencing.

The judge, who is also handling the ongoing criminal case against Trump associate Roger Stone, openly wondered whether prosecutors had bombarded Manafort with a series of difficult and irrelevant questions during the roughly 50 hours of interviews that followed his plea deal.

"Putting aside whether it has to be established and whether we have to establish all the elements of [a criminal false statements statute], why is this important?" Jackson asked prosecutors, referring to the their claim that Manafort misled authorities about the nature of the $125,000 wire transfer.

Manafort has denied intentionally misleading Mueller's team and said he is under stress and physically ill. The former Trump campaign chairman claimed variously that the money was owed to him as a loan repayment, income and reimbursement.

The funds were sent in 2017 through a political action committee that spent millions to help Trump's candidacy.

"I mean, basically what you're saying is, you were just asking about something and it turned -- it snowballed into a series of false statements," Jackson said. "But was there something about his -- if I agree with you that he was lying about that, that was material to what you were doing? What was the importance of asking him about the payment in the first place?"

Jackson later told Manafort's lawyers she wasn't entirely convinced by their argument that his "succession of inconsistent explanations" could be chalked up to confusion caused by accounting practices, adding that "there's some aspects of the evidence I'm going to need to re-review."

Confidential material was released as part of a disinformation campaign.

At the hearing, prosecutors maintained that Manafort also lied about his interactions with Russian-Ukrainian political consultant Konstantin Kilimnik, who has ties to Russian intelligence. Prosecutors said Manafort made false statements about sharing polling data during the 2016 presidential election with Kilimnik.

Top Mueller deputy Andrew Weissmann told Jackson that Manafort's connections to Kilimnik "goes, I think, very much to the heart of what the Special Counsel's Office is investigating. ... In [August] 2016 there is an in-person meeting with someone who ... is understood by the FBI, assessed to be -- have a relationship with Russian intelligence."

Jackson acknowledged that Manafort, after pleading guilty to conspiring with Kilimnik, offered an "exculpatory version of Kilimnik's state of mind" that "isn't necessarily consistent with what one would call full and forthright cooperation."

But, she added, Manafort quickly corrected some of his statements on the matter, undercutting prosecutors' claims that Manafort had acted intentionally to mislead them.

"Given [Manafort's] correction after consultation with counsel, why would this be something that we would characterize as the crime of making an intentionally false statement to the FBI, or even just a law of significance for acceptance of responsibility in sentencing purposes?" Jackson asked.

After Weissman underscored the extraordinary nature of Manafort's in-person meeting with Kilimnik, Jackson again said it was unclear why that would be a focus of Mueller's inquiry.

WHAT POLLING DATA WAS SENT TO MAN ASSOCIATED WITH RUSSIAN INTEL?

Although much of Weissman's response is redacted, Jackson said she found his response "helpful" -- but the judge went on to question prosecutors further, after the defense team slammed the government's theories about the relevance of Manafort's shifting statements on Kilimnik as mere "conjecture."

"So, I don't think the Court needs to reach that issue, and I don't know that we've presented evidence on the -- that issue," Weissman says, after a partially redacted question from Jackson.

That reply drew a curt response from the judge.

"You didn't. So you just don't want me to think about it, that's okay," Jackson said, prompting Weissman to quickly embark on a longer explanation.

Again, at the end of his partially redacted reply, Jackson sounded a note of overt doubt as to the relevance of Manafort's alleged misrepresentation.

"So, this is an important falsehood because it was false?" Jackson asked. "Or is there some larger reason why this is important?"

Toward the end of the proceeding, Jackson took particular umbrage at prosecutors' contention that Manafort had lied about his contacts with the Trump administration.

"And of all of them, this is the one where I have the most difficulty figuring out where the real contradiction is of moment to the investigation," Jackson said.

Manafort's "outreach appears to have been two people outside the administration who themselves would have contacts within," Jackson said. "So, again, I want you to point to the specific statement in a 302 [FBI witness report] or a grand jury statement that is the precise question and answer you think I should denote as false. And, you know, it does seem to be that there are indications that he may have bragged that he still had sway or offered to assist people or to lobby. But do we have direct evidence of contacts that contradict a denial of a contact?"

At that point, a member of Mueller's team replied that Manafort had lied by denying having any direct or "indirect" contacts with the administration -- and that the "indirect" statement was a lie.

But the prosecutor, Greg Andres, began his response by acknowledging the judge's critical tone.

"Given that you have issues with it, I drew the short straw," Andres said.

The Mueller deputy is no stranger to harsh criticisms from the bench. Last August, during Manafort's first trial in Virginia, Judge T.S. Ellis accused Andres of crying.

“I understand how frustrated you are. In fact, there’s tears in your eyes right now,” Ellis said. (When Andres denied Ellis’ claim, the judge said, “Well, they’re watery.”)

Manafort's sentencing on two felony charges related to his Ukrainian lobbying is set for March, when Jackson will determine whether his punishment should be affected by his alleged false statements. Manafort faces up to ten years in prison in the separate case in Virginia, where he was convicted on tax and fraud charges.

Before adjourning, Jackson said she appreciated Manafort's attendance, having denied his attempt to skip the hearing because of logistical concerns and what he says are health challenges.

"I believe it was very helpful, very useful and very important for you to have been here, Mr. Manafort," Jackson said. "I know that we've had hearings where counsel sought to minimize the burden on you and not have you be here, but this is about you, it's not about them. And I think it's very important that they have you available to ask questions to."

Earlier this month, Iowa Republican Sen. Chuck Grassley said he expects the Mueller probe to produce its final report "within a month." 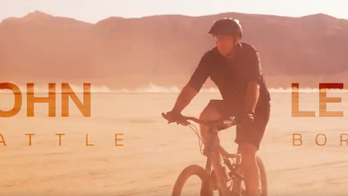