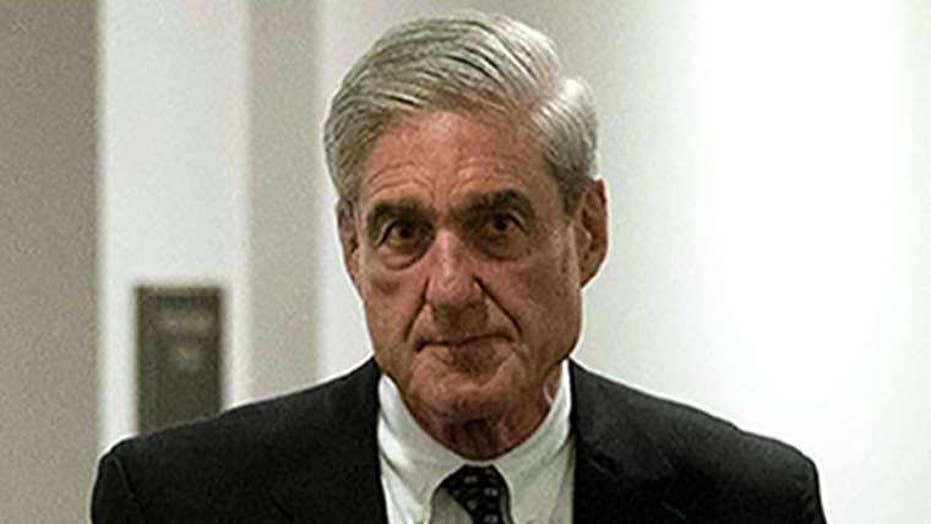 Confidential material was released as part of a disinformation campaign.

Newly confirmed congressional testimony reveals that Andrew Weissmann, now a top deputy in Special Counsel Robert Mueller’s Russia investigation, was briefed in August 2016 on the opposition research behind the anti-Trump dossier – underscoring how early and widely the Democrat-funded research was shared among senior FBI and Justice Department officials.

DOJ official Bruce Ohr was asked about such briefings during a closed-door interview with House lawmakers in August 2018. In the interview, details of which have only recently emerged, Fox News has learned that Ohr revealed he met with Weissmann and other DOJ officials shortly after a July 30, 2016 breakfast meeting with former British spy and dossier author Christopher Steele, in the run-up to the presidential election. Ohr told congressional investigators that his contact with Steele included “specific information related to the Russian Government’s attempt to interfere in the Presidential election,” as well as specific allegations “related to members of the Trump campaign and allegations of colluding with Russia.”

Ohr was then asked about meeting with then-FBI Deputy Director Andrew McCabe, as well as lawyer Lisa Page and agent Peter Strzok, all three of whom have since left the bureau.

Question: “Again, so the record is clear with respect to what the Department of Justice and the FBI knew about your involvement, those are the folks that were aware as of August 2016 that you had an involvement with Christopher Steele?”

Ohr: “Those are the people that I knew that I had told.”

Fox News previously reported Ohr told House investigators as part of the Republican-led probe that shortly after the July 30, 2016 meeting, his “first move” was to reach out to senior FBI officials McCabe and Page. He then shared the information with other DOJ officials including Weissmann, he said.

Question: "The information that Mr. Steele relayed to you in 2016, did you share this information with Federal law enforcement officials?"

It's not clear from the transcript exactly what information was shared and the timing. In his transcribed interview, Ohr seemed careful not to rule out the likelihood the Russia information went further. As for the substance, Ohr said Steele had provided him with information related to Russia’s attempts to interfere in the U.S. presidential election.

Weissmann is now a lead prosecutor on Mueller’s team handling the case of former Trump campaign chairman Paul Manafort. At the time in 2016, he was chief of the DOJ Criminal Division’s Fraud Section. According to online bios, Swartz was deputy assistant attorney general at the time. According to a May 2017 New Yorker profile, Ahmad worked at the U.S. attorney’s office in the Eastern District of New York and took leave to work at the Justice Department’s Washington headquarters. Ahmad is now assigned to the special counsel's investigation.

Fox News recently asked the FBI, Justice Department and special counsel's office whether the meetings with Ohr over Steele and the dossier were consistent with -- or in conflict with -- existing DOJ or FBI rules, including chain-of-custody procedures for handling evidence. In addition, the special counsel's office was asked whether Weissmann and Ahmad had fully disclosed their contacts with Bruce Ohr and others over the dossier. The FBI and special counsel declined to comment; the DOJ did not immediately respond.

The Ohr testimony and timing, meanwhile, seem to conflict with a 2018 memo from Democrats on the House Intelligence Committee, on the surveillance warrant application for Trump campaign aide Carter Page, which relied heavily on the dossier. While Ohr’s testimony indicated he met with senior FBI leadership in August 2016 shortly after his meeting with Steele, the Democrats' memo stated “the Majority mischaracterizes Bruce Ohr’s role, overstates the significance of his interactions with Steele, and misleads about the timeframe of Ohr’s communications with the FBI,” saying Ohr told the bureau in November 2016 about his earlier communications with Steele.

During his testimony, Ohr said he stressed during the 2016 meetings -- many of which took place before the Page surveillance warrant was obtained -- the potential bias and conflicts associated with Steele and the dossier, which was commissioned by the Democratic National Committee and Clinton campaign and handled by opposition-research firm Fusion GPS. The surveillance warrant application drew on the unverified Trump dossier.