Lawyers for former Trump campaign chairman Paul Manafort claim he is suffering from “depression and anxiety” while behind bars and denies intentionally lying to Special Counsel Robert Mueller’s team, according to a court filing Tuesday.

The revelation came as a federal judge on Tuesday ordered Mueller’s team to submit evidence backing up their claim that Manafort violated his plea agreement by making false statements to federal investigators.

In December, Mueller’s team wrote in a heavily-redacted court filing that Manafort “breached his plea agreement in numerous ways by lying to the FBI and Special Counsel’s Office.” Manafort denies the accusations. 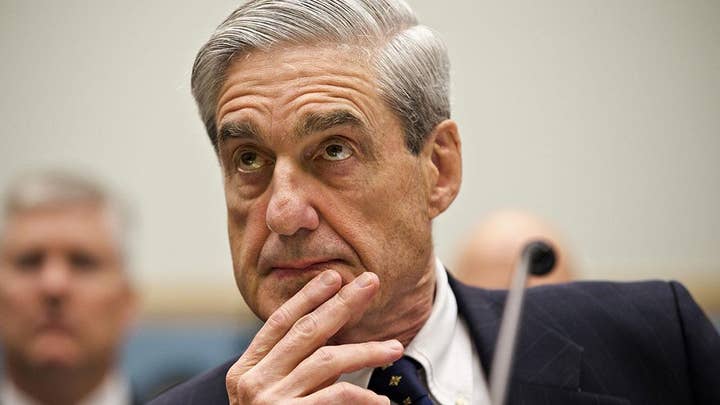 Mueller’s team accuses Manafort of lying about five issues: Manafort’s contact with administration officials; information “pertinent to another Department of Justice investigation”; his interactions with Russian-Ukrainian political consultant Konstantin Kilimnik; his comments about Kilimnik’s alleged participation in a conspiracy to obstruct justice and a wire transfer to a firm working for Manafort.

Tuesday's filing in federal court was part of a presentencing process. Manafort's lawyers claim their client is confined at times to a wheelchair, suffering from gout, brought on by the stress of his prosecution and incarceration in a Virginia prison.

They also said Manafort was awakened before dawn on the days he was interviewed and normally spent the entire day talking with investigators. His attorneys said the circumstances of his confinement "weighed heavily on Mr. Manafort's state of mind and on his memory" as he was questioned.

Manafort, in September, pleaded guilty in federal court as part of a plea agreement that involves cooperation with Mueller and allows him to avoid a second trial. He had been facing seven counts of foreign lobbying violations and witness tampering in federal court in Washington.

In August, Manafort was convicted on several bank and fraud charges in a separate Virginia federal case in August overseen by Judge T.S. Ellis III. A sentencing date of Feb. 8 has been set in that case.

The Associated Press also reported Tuesday that a new court filing in the case indicates Manafort lied about sharing polling data on the 2016 presidential race with Kilimnik, an associate accused of having ties to Russian intelligence.

The information is in a redacted court filing Tuesday from Manafort's lawyers. The Associated Press was able to view the redacted material because it wasn't properly blacked out.

According to the filing, prosecutors said Manafort lied to investigators about sharing the data with Kiliminik. Manafort allegedly shared the data while he was working on Donald Trump's Republican campaign.