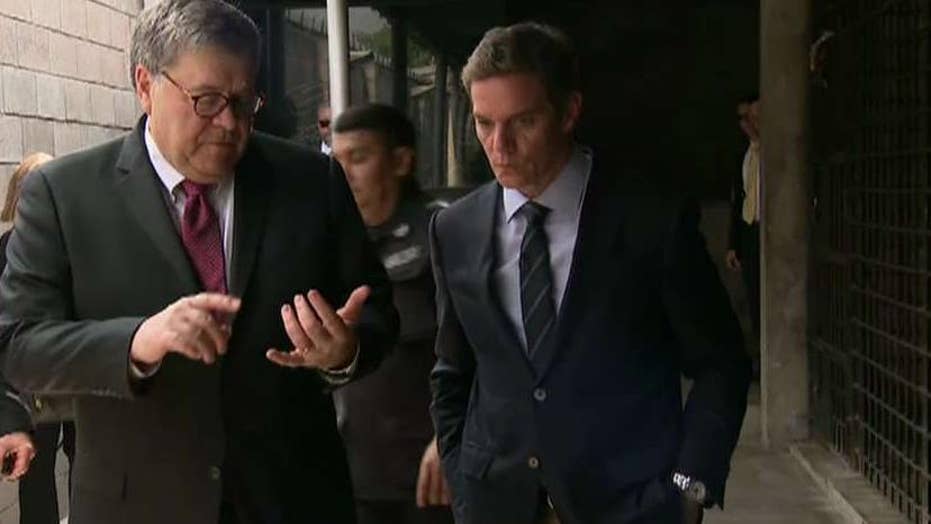 Ed Henry, Andy McCarthy and Juan Williams weigh in on Attorney General William Barr's investigation into the origins of the Russia probe.

In his first interview since becoming attorney general, Barr said the country must know “exactly what happened” with counterintelligence activities conducted during the 2016 election -- and he is determined to get to the bottom of the case.

On “America’s Newsroom” Friday, Williams noted that Barr said he is looking closely at an early January 2017 briefing intelligence officials gave to then-President-elect Trump at Trump Tower and “the leaking of information subsequent to that meeting.”

At that meeting, Trump was briefed on Russian meddling and was informed by then-FBI boss James Comey about the allegations against him in a salacious and unverified dossier. Details later leaked to the press.

“So now it’s not about spying, which the word that he used before Congress, that the Trump campaign was spied on,” Williams said. “Now, he’s talking about what happened January 6th at a meeting and whether or not there was sufficient briefing of the incoming president by the outgoing team.”

Williams said Barr may claim to have more questions than answers since he started looking into the genesis of the Russia probe, but Barr has not said he has any actual evidence related to alleged misconduct and alleged improper government surveillance on the Trump campaign in 2016.

“So you have people now locked in the weeds, searching for something.”

Former federal prosecutor Andy McCarthy pushed back that the dossier was the "predicate" for surveillance of the Trump campaign and all of the different threads are "intermingled."