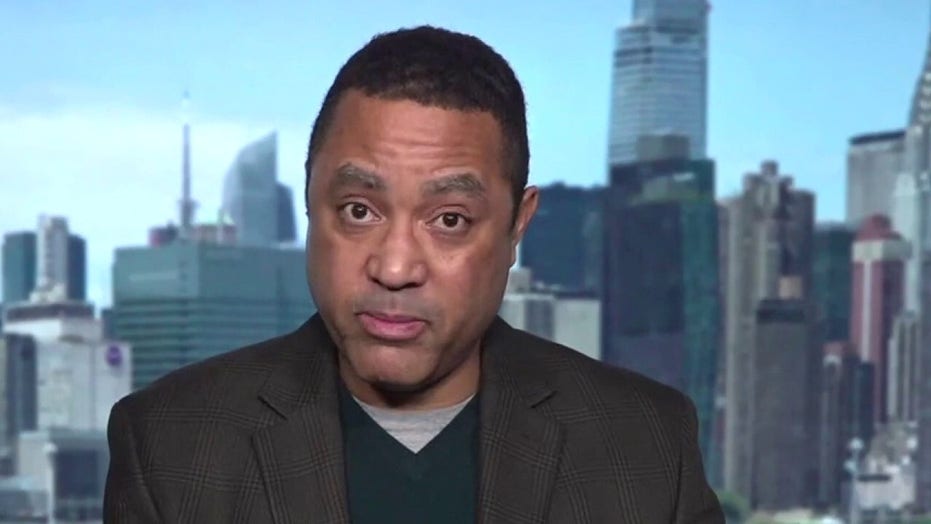 Author of "Nine Nasty Words" and linguistics professor John McWhorter joined "Fox News Primetime" Friday to discuss how those he refers to as "the elect" are trying to "ruin" America, although they think they’re taking the country in a "new and beautiful direction."

McWhorter explained to host Ben Domenech that "the elect" are not the "woke," noting he considers himself woke and has no issue with them.

"The elect are the 'hyper woke,' or more to the point, the elect are the woke who are mean," McWhorter said. "It’s mean woke people who decided in order to make the world properly woke, it makes sense to defend a straight people, destroy careers and reputations, with the idea of being we are on our way to a Brave New World, although I'm not sure the Brave New World they are imagining is one of most of us would think of as a good place."

Domenech voiced his concern over the Virginia Department of Education moving to eliminate accelerated math as an act of racial equity noting the impact to our education environment could prevent America from competing on the "world stage in the long-term."

McWhorter agreed, saying he was "very concerned" about the takeover of education.

"There really is a genuinely alarming takeover of education happening right now, which is based on idea that black kids and also Latino kids should not be expected to actually get the answer, should not be expected to be precise, and to impose the strictures of math upon them is racist. That somehow, being precise, not to mention being on time and cherishing the written word, is a white thing, that we have to decenter whiteness," McWhorter said. "Oddly enough, [progressives] are racists in a new guise, where they think of themselves literally as Jesus."

Domenech pointed out it was odd to see how much the hyper-woke sound a lot like the people society view as historically racist, prompting McWhorter to discuss how language can be used to respond to "hyper-wokeness."

"Meaning tends to drift from what words tend to formally mean, then, of course, there is the issue of racism, systemic racism, institutional racism. What exactly do we mean? Do we mean that the society is a bigot? And of course, we don't mean that. What we are talking about with institutional racism is there are inequities, and then you have to get into the fact that what "the elect" mean by the inequities is they must always be due to some obstacle that whiteness put in front of brown people, that sometimes the case, but sometimes it just isn't. Their vision of how social history works is extremely simplistic. So we just have to call them on how very particular their uses of words that they tend to purvey as if everything were very obvious are."