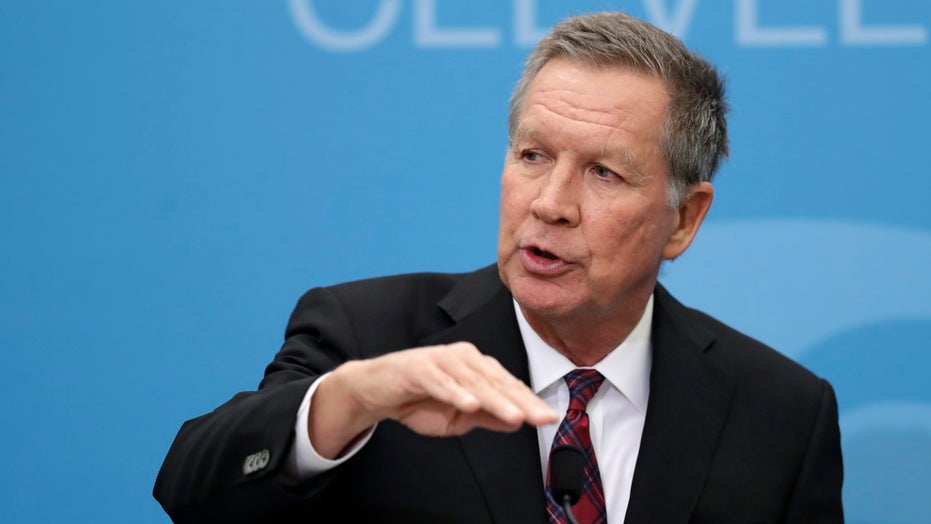 Former Ohio Gov. John Kasich said his disagreements with a potential Biden-Harris administration over abortion was “dwarfed” by the fact that Joe Biden could “pull us together” as a country.

“I do believe four more years of this division is wrecking the very soul of our country, and we continue down this path, I don’t know how we come back,” Kasich said of the Trump administration on ABC's "The View."

View conservative co-host Meghan McCain asked the Ohio Republican how he would “push back” against a voter like her who’s concerned about issues, such as abortion, in a Biden-Harris administration.

"I disagree with Joe Biden in a number of areas. I don’t agree with him in capital gains taxes," Kasich said. "But the issues here are dwarfed, in my opinion, by the fact that he’s a person that can pull us together."

Kasich headlined at the Democratic Convention in August. At the time, he said he was proud to be a lifelong Republican, but “that attachment holds second place to my responsibility to my country.”

Before the convention, a number of anti-abortion Democrats lobbied the party to change its platform on abortion. They argued  "extreme" deviation on the issue that could effectively surrender certain states to Republicans in November.

"We should not cede large swathes of the United States to the Republican Party," read a letter signed by Louisiana Gov. John Bel Edwards and dozens of other Democratic politicians.

And abortion and pro-life policies are a concern for McCain in the coming election.

“You’re pro-life, and I know that. You were pro-life in politics, as am I," McCain, who is pregnant, told Kasich. "It’s a big part of who I am and my platform, and I don’t think taxpayers should be funding abortions for women who are as pregnant as I am right now.”

The Democrats' stance on abortion rights concerns her as does Sen. Kamala Harris, who McCain said sponsored a bill that would have removed limits on abortions.

"So do I think that if he wins -- that all of a sudden -- all these things are going to happen that are negative?" Kasich asked. "No, I don’t believe that at all because that’s not his character. That is not who he is."

Kasich also pushed back against Trump who called Biden a “trojan horse for socialism.

"I don’t believe that because I know the measure of the man is reasonable, faithful, respectful," Kasich said. "And you know, no one pushes Joe Biden around."