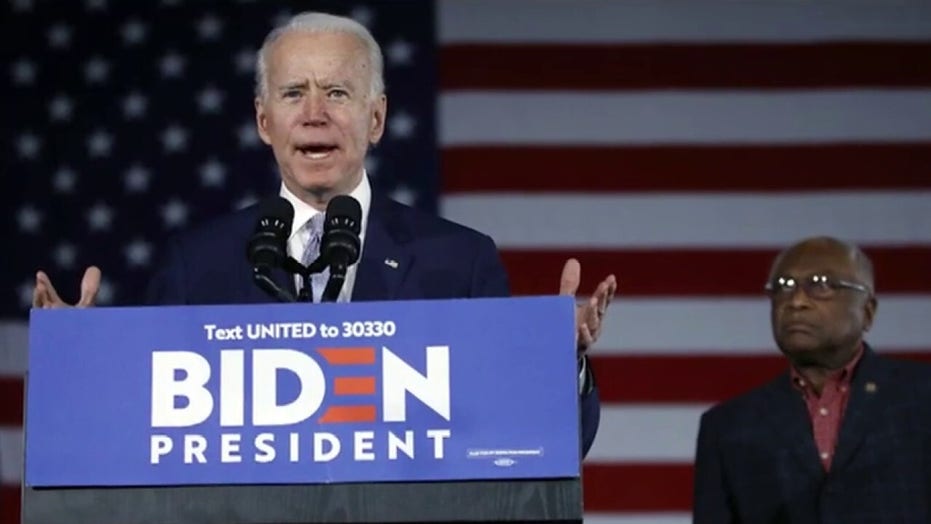 Biden hopes for Obama's endorsement ahead of Super Tuesday

Former Vice President Joe Biden appeared to fumble Monday while attempting to recite part of the Declaration of Independence during a speech in Texas.

“We hold these truths to be self-evident. All men and women are created, by the, you know, you know the thing,” Biden said.

The actual line is: “We hold these truths to be self-evident, that all men are created equal, that they are endowed by their Creator with certain unalienable Rights, that among these are Life, Liberty and the pursuit of Happiness.”

Biden has long been known for his gaffes during speeches. Last week Biden accidentally told supporters he was a Democratic candidate for the “United States Senate.”

THIS MAY BE BERNIE SANDERS’ KRYPTONITE ON SUPER TUESDAY: TOP REPUBLICAN POLLSTER

But Monday’s flub came amid a major boost in Biden’s campaign for the 2020 presidential election. Following his victory in the South Carolina Democratic primary on Saturday, Biden earned endorsements from fellow rivals Sen. Amy Klobuchar, D-Minn., and former South Bend, Ind., Mayor Pete Buttigieg after they dropped out from the race.

Both Buttigieg and Klobuchar are expected to join Biden at a rally in Texas Monday night, the Dallas Morning News reported.

The Democratic Party’s moderate wing has been coalescing around Biden out of fear that Sen. Bernie Sanders, I-Vt., a polarizing progressive, was positioned to seize a significant delegate lead on Super Tuesday.