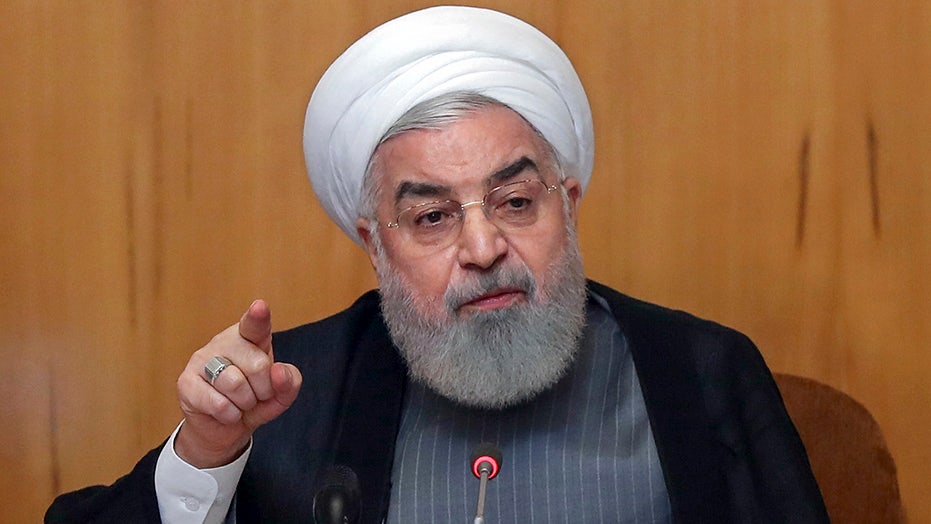 Secret call set up between Trump and Rouhani at U.N.; Trey Yingst reports.

Trump had expressed the desire for a phone call, if not an actual meeting, with the Iranian leader during the U.N. General Assembly, but Rouhani held steadfast in refusing to even speak to Trump before sanctions have been lifted. Macron, for his part, has sought for month to mediate a deal between the two nations, despite Trump’s objections.

“I know Emmanuel means well, as do all others, but nobody speaks for the United States but the United States itself. No one is authorized in any way, shape, or form, to represent us!” Trump said on Twitter of the French president’s attempts to mediate discussions with Iran in August.

According to The Times, Macron “blindsided” the Iranian leader with an unannounced visit to his hotel near the United Nations in New York, where world leaders were gathered for the annual General Assembly. He awaited an answer outside Rouhani’s suite. The telephone line had been set up; all Rouhani had to do was walk from his hotel suite to a secure room and accept the call.

Communicating through aides, Rouhani ultimately refused to come out of his room.

Without a guarantee Trump would end sanctions on Iran, Rouhani feared giving him any chance to exploit the interaction and brag of a success. Rouhani has been under pressure from hard-liners back home who outright condemn any possibility of a dialogue with the American president. Iran has been ramping up tensions with the U.S. as a result of Trump’s “maximum pressure” campaign of sanctions.

Iran has repeatedly publicly promised it would not negotiate with the U.S. before sanctions were lifted, calling the sanctions “merciless economic terrorism.” Trump and Macron’s hypothesis that Rouhani may be a little softer in private proved inaccurate.

Meanwhile Trump in his speech the same day blasted Iran’s “bloodlust” and rising aggression. The U.S. has blamed Iran for recent attacks on Saudi oil fields, an accusation Iran has denied.

When Rouhani sat down with Fox News’ Chris Wallace last week, he blamed Trump for damaging relations between the two countries by backing out of the 2015 Iran nuclear deal.

“"We had an agreement. Mr. Trump exited without a valid justification, and illegally, from an international agreement," Rouhani said.