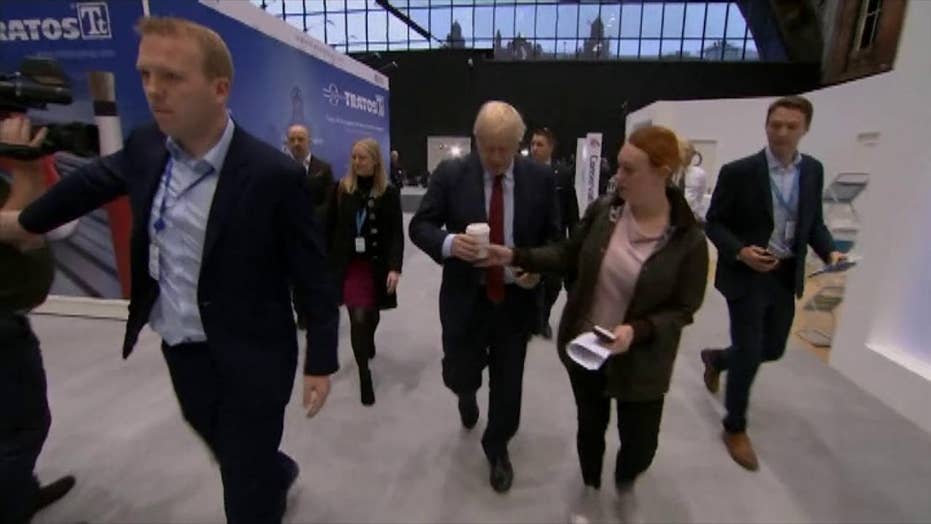 UK PM Boris Johnson handed cup by aide, has it taken by another aide

The moment caught on camera as the prime minister was walking through the Conservative conference.

British Prime Minister Boris Johnson's morning got off to a slow start after an aide handed him a hot drink in a paper cup only to have another aide snatch it away.

"Oh no - you shouldn't hold that," a stern second aide is heard saying in a video as she takes the white paper cup from him. "No disposable cups."

The aide is also heard muttering "not on camera," Sky News reported.

The American-born British journalist and Tory leader, who had been doing a round of interviews on Tuesday, is seen shaking his hands and muttering, "Oh. Oh. Oh," as the video ends, seeming to finally understand that drinking from a single-use cup could be viewed as wasteful.

But it would be Johnson who got the last laugh.

Johnson, who has been under intense scrutiny as he prepares to present his blueprint for a Brexit deal to the European Union in a few days, tweeted, "I got my coffee in the end" holding a white "Get Brexit Done" ceramic mug in the air.

Last week, Canada's Green Party Leader Elizabeth May was dragged into a controversy after it emerged that party officials had photoshopped a picture of her holding a disposable cup so that it looks like she was holding something a little more environmentally friendly.