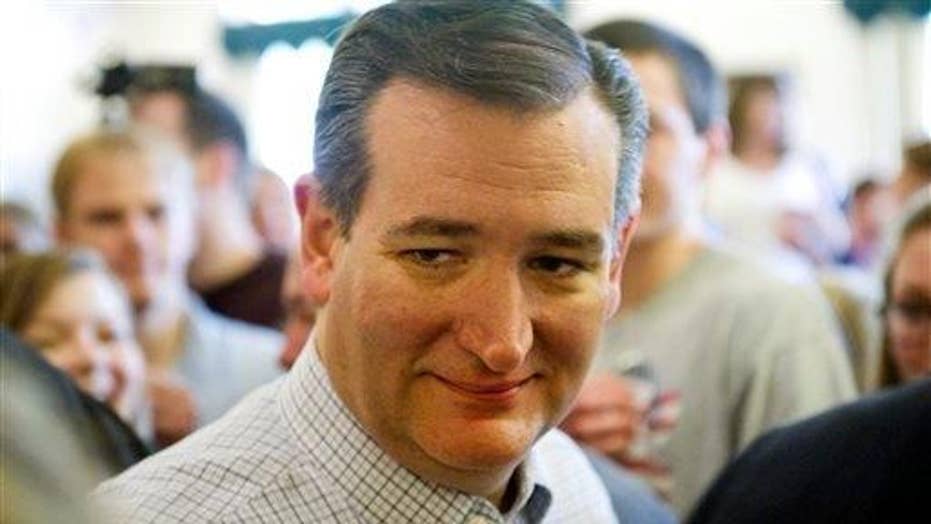 Cruz camp: Indiana isn't do or die for campaign

Bob Vander Plaats, national co-chair of Cruz for President, tells Neil Cavuto that regardless of the result 'we're going to march on'

Even by 2016 campaign standards, the war of words that broke out Tuesday between Ted Cruz and Donald Trump was a new level of nasty.

In a rapid-fire exchange of insults that escalated as voters went to the polls in Indiana’s presidential primary, Texas Sen. Cruz unleashed on the Republican front-runner, calling him “utterly amoral,” a narcissist and a “pathological liar” – after earlier suggesting Trump also harbors “contempt” for Christians.

The fusillade of put-downs was delivered after Trump, speaking on Fox News, invoked a tabloid report claiming his rival’s father, Rafael Cruz, showed up in a 1963 photograph with John F. Kennedy's assassin, Lee Harvey Oswald.

By Tuesday afternoon, the Republican contest had reached levels of personal animus previously unseen – reflecting what’s at stake in Indiana and the remaining contests. Cruz desperately is seeking a win Tuesday, to assure donors and supporters he still has a path to depriving Trump of the delegates needed to clinch the nomination before the July convention.

Trump, for his part, is eyeing a victory Tuesday to effectively sideline both Cruz and Ohio Gov. John Kasich – and potentially lock up the party nod by the final primaries in early June.

Speaking to reporters in Evansville, Ind., Cruz claimed that Trump is a “narcissist at a level this country has never seen.” As for the claims about his father, Cruz said: “Let’s be clear this is nuts, it’s not reasonable, it’s just kooky.”

Trump later issued a statement calling Cruz a “desperate candidate” and saying, “It is no surprise he has resorted to his usual tactics of over-the-top rhetoric that nobody believes."

The intense sparring traced back to Rafael Cruz’s earlier comments to the head of the American Family Association of Indiana. The Cuba-born Cruz, now a pastor, warned of the “wicked electing the wicked” and urged fellow Christians to come out to vote.

“I implore, I exhort every member of the body of Christ to vote according to the word of God, and vote for the candidate that stands on the word of God and on the Constitution of the United States of America,” he said.

He went on to invoke the National Enquirer story, which claimed Rafael Cruz was photographed next to Oswald in 1963 handing out pro-Castro literature.

“His father was with Lee Harvey Oswald,” Trump said Tuesday. “Nobody even brings it up.”

The Cruz campaign, though, has unequivocally rejected the Enquirer report as false. And on Tuesday, Cruz campaign spokeswoman Catherine Frazier said Trump’s comments show his desperation.

“Trump is detached from reality, and his false, cheap, meaningless comments every day indicate his desperation to get attention and willingness to say anything to do so,” she said in a statement.

Cruz and his father, meanwhile, both have appealed to the state’s Christian community, arguing Trump is not their candidate.

He continued: “And the people of Indiana can choose. Do you want that in the Oval Office? You think Obama has been bad with the contempt he has heaped on Christians? You ain’t seen nothing yet compared to Donald J. Trump.”

According to the Pew Research Center, 72 percent of Indiana residents identify as Christian.

Trump, all along, has aggressively courted Indiana voters, telling them that if they deliver a victory to him on Tuesday the race is “over” and he can start concentrating on Democratic front-runner Hillary Clinton.

Clinton, too, is looking to Indiana’s primary to sideline underdog rival Bernie Sanders, who despite losing most recent primary contests has vowed to keep fighting to the convention. Clinton and Trump both have started to turn their attacks on each other, anticipating a general election match-up, but are still dealing with their respective primary rivals.