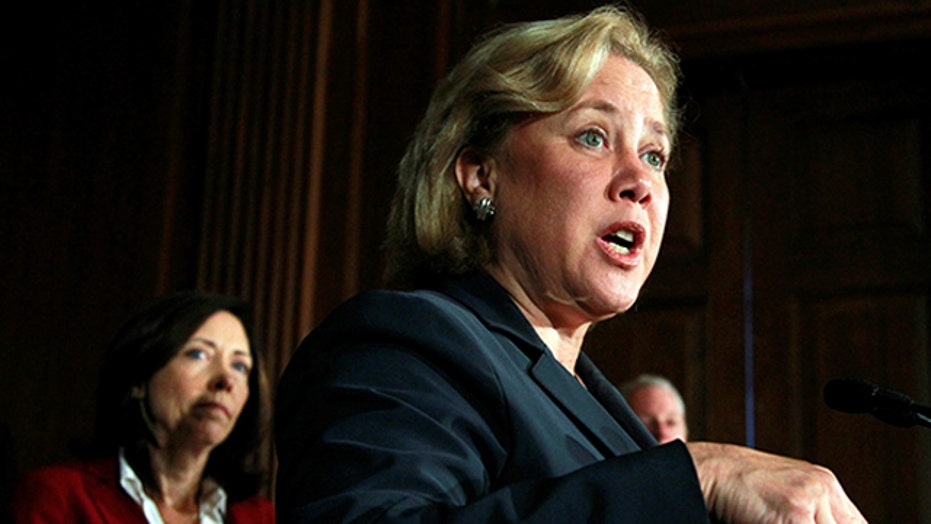 Opposition says she lives full time in Washington, not Louisiana

With a tide of anti-Washington sentiment sweeping the nation, a string of incumbent lawmakers are facing tough questions this midterm season about whether they are spending too much time in the nation's capital -- so much time, that they effectively no longer live in their home states.

Sen. Mary Landrieu, D-La., is the latest to face this attack, as she scrambles to defend herself against charges she has become a creature of Washington.

By law, Landrieu must live in Louisiana to run.

"We are seeing overwhelming evidence that Sen. Landrieu's home and residence is not in New Orleans," Maness said.

Maness claimed there is a "strong possibility that the information that was put on the candidate qualifying form was false."

The questions were raised after Landrieu listed her residence as a home in New Orleans that she shares with her parents.

Despite Maness' claims, the senator insisted to Fox News: "I have lived at my home on Prieur Street most of my life and I live there now."

Three of the four district attorneys Maness approached -- all of them Democrats -- dismissed his complaint, saying he didn't make the deadline to challenge Landrieu's candidacy.

But Maness' goal isn't so much legal as it is political.

Several other incumbents this year were deeply wounded in the primaries by charges they had forsaken constituents to permanently marinate in the power of Washington.

This included then-House GOP Leader Eric Cantor, who lost his Virginia primary to an economics professor and subsequently stepped down from his leadership post, and left Congress.

Roberts, in particular, got slammed by GOP primary rival Milton Wolf after the incumbent said in response to a question about his residency: "Every time I get an opponent -- I mean, every time I get a chance, I'm home."

Wolf called the comments a "slap in the face" to constituents. The New York Times previously had reported that Roberts was rarely seen at his Dodge City home.

Roberts won his primary last month, but the comments trailed him. (Roberts also faces new complications after his Democratic rival dropped out of the race on Wednesday, leaving an independent candidate seen as a stronger competitor.)

"It inevitably leads to a TV commercial that says, 'when she first went to Washington, she was one of us. Now she's one of them,'" said Larry Sabato, director of the University of Virginia Center for Politics.

While Maness' complaints may be more of a political publicity ploy, a former candidate in the Senate race is actually pursuing legal action.

State Rep. Paul Hollis is suing Landrieu in a Baton Rouge court, hoping to have her disqualified.