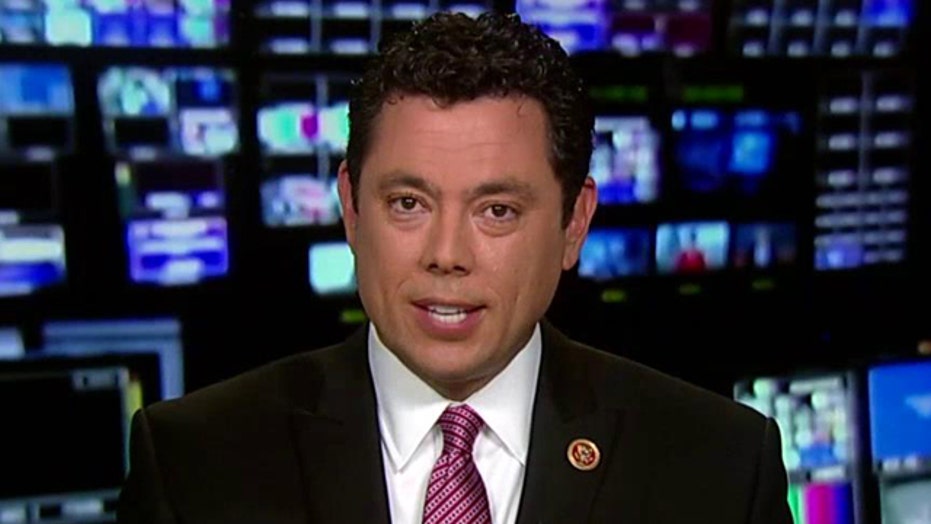 The union representing America's immigration caseworkers warned Thursday of the "real and serious threat" that Islamic State terrorists could gain entry to the United States, either by slipping through the southern U.S. border or exploiting "loose and lax" visa policies.

Kenneth Palinkas, president of the National Citizenship and Immigration Services Council, issued the warning in a written statement. He's the latest to raise alarm that the Islamic State may be planning to infiltrate the U.S., though top security officials have said they see no evidence of such a plot at this stage.

Palinkas specifically alleged the administration has made it easier for terrorists to "exploit" the country's visa policies and enter the homeland.

He complained that the administration has "widened the loophole" they could use through the asylum system, and has restricted agents from going after many of those who overstay their visas.

Further, he warned that executive orders being contemplated by President Obama would "legalize visa overstays" and raise "the threat level to America even higher." He said there is "no doubt" many are already being "targeted for radicalization."

His statement, though, also backed recent claims from lawmakers and others that ISIS is already looking at the southern border. Palinkas cited the threat that "ISIS has already or will soon slip across our porous southern border."

On Wednesday, Rep. Jason Chaffetz, R-Utah, said at a House hearing with Homeland Security Secretary Jeh Johnson that he had "reason to believe" that four individuals were apprehended trying to cross into the U.S. from Texas on Sept. 10, and that they "have ties to known terrorist organizations in the Middle East."

Johnson said he had "heard reports to that effect" but could not speak to their accuracy.

Johnson, though, stressed that the government had "no specific intelligence or evidence to suggest at present that ISIL is attempting to infiltrate this country though our southern border."

At the same hearing, National Counterterrorism Center head Matthew Olsen also said: "There has been a very small number of sympathizers with ISIL who have posted messages on social media about this, but we've seen nothing to indicate there is any sort of operational effort or plot to infiltrate or move operatives from ISIL" into the U.S. through the southern border.

Still, Johnson said the U.S. needs to be "vigilant" and aware of the possibility of "potential infiltration by ISIL or any other terrorist group."

Warnings have been circulating for weeks about that possibility.

In August, the Texas Department of Public Safety put out a bulletin that said ISIS social media messages showed "militants are expressing an increased interest in the notion that they could clandestinely infiltrate the southwest border of US, for terror attack."

Chaffetz, in an interview with Fox News, said he's concerned about that prospect.

"We have a porous border," he said. "I'm worried about them actually coming to the United States and crossing that porous border and getting into the homeland."