The governor of Illinois is engaged in secret talks with China to obtain masks and gloves for the state’s medical workers fighting the coronavirus, hoping to avoid scrutiny by the Trump administration, according to reports.

Gov. J.B. Pritzker, a Democrat, is concerned that federal authorities may seize the items for a stockpile that would serve all 50 states, the Chicago Sun-Times reported Tuesday, citing unnamed sources.

News of the potential deal emerged on the same day that President Trump announced the U.S. will halt funding to the World Health Organization over "China-centric" policies such as opposing Trump's China travel ban, which the president credits with slowing the arrival of the coronavirus to the U.S.

The list also included two invoices for $888,275 each, to FedEx Trade Networks Transport for charter flights to Shanghai, but the governor’s press secretary would not provide details about the flights, the Sun-Times reported.

“The Governor has clearly outlined the challenges this administration has faced as we’ve worked around the clock to purchase PPE [personal protective equipment] for our healthcare workers and first responders,” Jordan Abudayyeh, the press secretary, wrote in a statement. 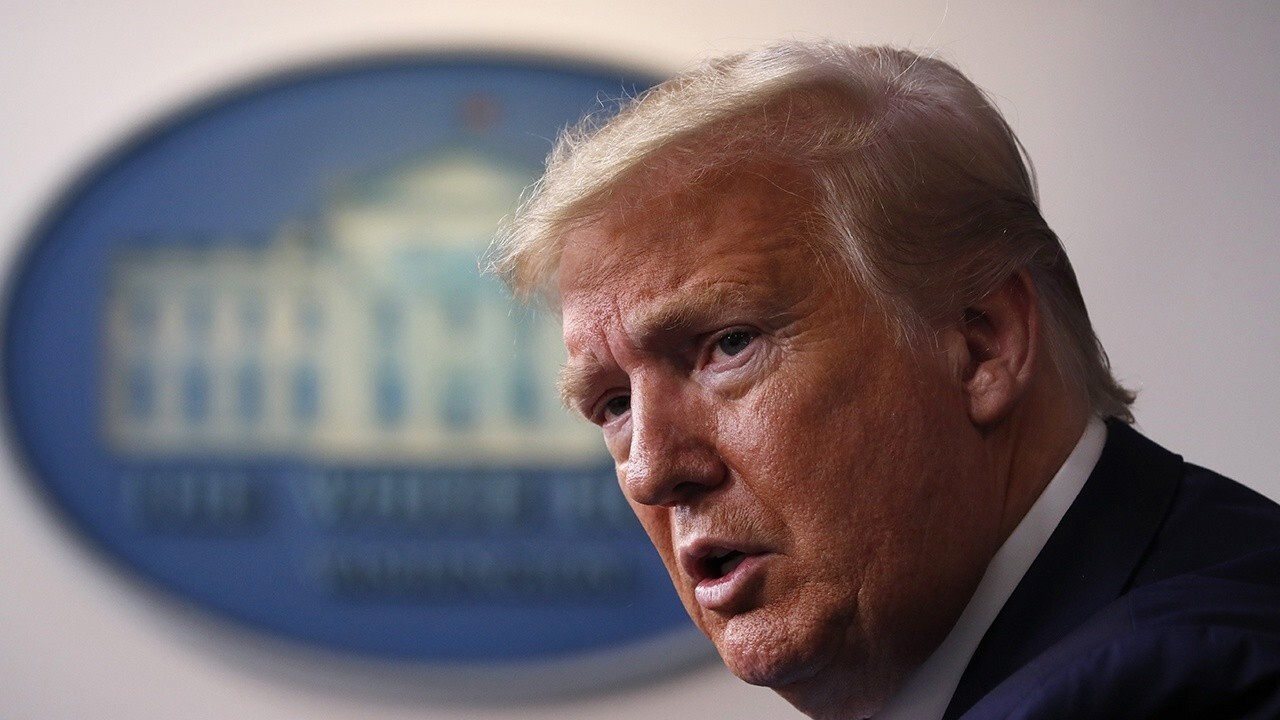 “The supply chain has been likened to the Wild West, and once you have purchased supplies, ensuring they get to the state is another herculean feat. These flights are carrying millions of masks and gloves our workers need. They’re scheduled to land in Illinois in the coming weeks and the state is working to ensure these much needed supplies are protected and ready for distribution around the state.”

President Trump has previously said that individual states were in charge of procuring medical gear for themselves, with the federal government “here to help them” if needed.

Pritzker, like other Democrats, has been a harsh critic of Trump, telling Vanity Fair magazine earlier this month that “the failures of the White House, of the president, have visited greater illness and greater number of deaths across the country.”

Meanwhile on Tuesday, Pritzker said at a news conference that Illinois was “bending the curve” in its fight against the virus, explaining that it was starting to take longer for the state to double its number of confirmed cases, according to FOX 32 of Chicago.

“To be clear, there is nothing good about twice as many people having this virus, or worse, dying from it, no matter how long the increase takes,” Pritzker said. “But we won’t get to zero cases overnight. The fact that our doubling rate continues to increase in every metric, is a clear demonstration that there is a deceleration of virus transmission. We are, in fact, bending the curve.”

Also Tuesday, Pritzker also said he was in talks with other governors in the Midwest about potentially forming an alliance for reopening their economies – similar to deals reached by governors on the Pacific coast and in the Northeast, Chicago’s WMAQ-TV reported.

“Governors that I've spoken with have been very, frankly, very positive about this idea," Pritzker said. "They've all been thinking about it individually for their states, and understand that speaking with a common voice might be a positive move."

The extent of the governors’ autonomy has been a topic of debate between them and President Trump, with the president saying Monday he had “total authority” over the reopening of the U.S. economy.

But governors and other lawmakers fired back, accusing Trump of acting like a “king.”

“We don’t have a king in this country,” New York Gov. Andrew Cuomo said Tuesday. “We didn’t want a king, so we have a Constitution and we elect a president.”

But Trump responded to Cuomo, accusing the Democrat of wanting control over his state only when it is convenient for him.

"Cuomo’s been calling daily, even hourly, begging for everything, most of which should have been the state’s responsibility, such as new hospitals, beds, ventilators, etc.," Trump wrote on Twitter. "I got it all done for him, and everyone else, and now he seems to want Independence! That won’t happen!"