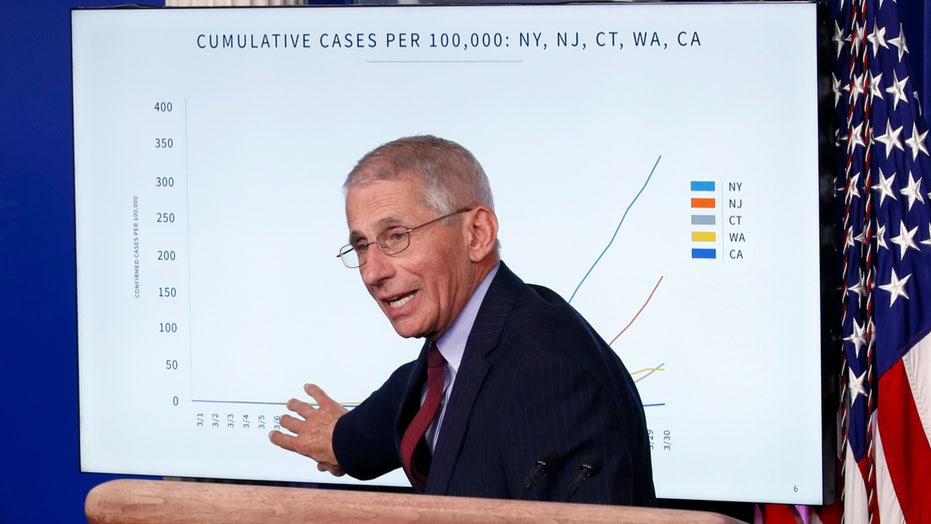 An aide for Democratic Rep. Ilhan Omar blamed President Trump’s “mismanagement” this week for the projected deaths of up to 240,000 Americans due to the outbreak of the novel coronavirus.

“100,000-240,000 Americans are projected to die because of Donald Trump’s mismanagement,” Jeremy Slevin wrote in a tweet three times late Tuesday, just hours after the president and the White House warned that the U.S. could see that range of deaths due to COVID-19.

Omar, D-Minn., retweeted Slevin’s tweet, despite having praised at least part of the president’s response, specifically on the economic end, last month.

Omar, while an outspoken critic of the president throughout his administration and her term in Congress, earlier had praised Trump's handling, calling it “incredible and the right response in this critical time” -- specifically in reference to the president announcing the suspension of mortgage foreclosures and seeking cash payments to Americans.

“We should never let politics get in the way of good policy,” Omar said earlier this month. “This is a great start and hope others will be part of a united front to push for good policies that will help us work through the economic anxiety the country is feeling right now.”

But many Democrats have also accused Trump of being too slow to acknowledge the severity of the COVID-19 crisis, which has claimed more than 4,000 lives in the U.S. as of Wednesday morning and infected more than 189,000 Americans.

Democrats have also slammed the president for not moving quickly enough to implement testing, send Personal Protective Equipment (PPE) to those on the front lines, and send ventilators to hospitals across the nation.

The White House coronavirus task force, meanwhile, has pleaded with Americans to abide by the administration’s extended social distancing guidelines to slow the spread of COVID-19.

During Tuesday's briefing, the president himself told Americans to brace for “a very painful two weeks and warned of thousands more virus-related deaths.

The new “30 Days to Slow the Spread” guidelines -- unveiled at the press conference -- are an extension of the strategy the White House implemented just over two weeks ago and include guidance on social distancing, working from home, washing hands frequently, and avoiding any unnecessary travel.