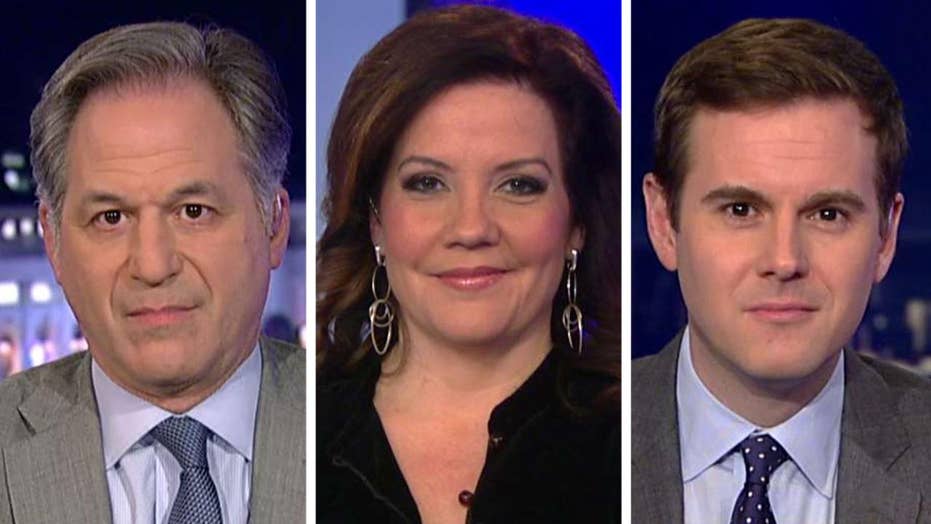 If House Speaker Nancy Pelosi, D-Calif, and congressional Democrats continue to play hardball during the partial government shutdown -- as President Donald Trump and the GOP continue to propose compromise deals in order to get funding for the border wall -- they themselves may face the consequences, Townhall.com political editor Guy Benson argued Tuesday.

Senate Majority Leader Mitch McConnell, R-Ky., will be bringing two competing bills for a vote Thursday in hopes at least one of them passes to reopen the government. The GOP-proposed bill would provide $5.7 billion for the wall in exchange for a three-year extended protection for DACA recipients, disaster relief, and a renewal of the Violence Against Women Act. (DACA, or Deferred Action for Childhood Arrivals, is an Obama-era program for helping adults who arrived in the U.S. illegally as children avoid deportation.)

On Tuesday’s All-Star panel on "Special Report," Benson -- along with Federalist senior editor Mollie Hemingway and Washington Post opinion writer Charles Lane -- weighed in on whether a compromise bill could get passed and who would take responsibility if it fails.

Benson began by complimenting McConnell’s ability at “reframing an argument” to the American people.

“The Democrats say over and over again that their priority is reopening the government and getting these federal workers paid. If that were truly their top priority, they would be seriously engaging this proposal from the president, which I think is completely reasonable from the weekend, trying to improve it, making changes to it, negotiating around the clock and they’re doing nothing like that whatsoever,” Benson told the panel. “And at some point, I think the Democrats have to answer for that because they say out of one side of their mouth, ‘We have to get these people paid. It’s an ongoing tragedy for these families,’ and yet they will not negotiate anything, including some of these provisions that the president has made that are concessions like putting major elements in the bill from Sen. Dick Durbin that he introduced in late 2016. So McConnell is trying to make some lemonade out of lemons.”

Lane expressed that “any movement” from the legislative branch on border security would have to come from the Senate because the Dem-controlled House may be at the mercy of the leftwing members who seem to have the “upper hand.”

Meanwhile, Hemingway expressed that McConnell is “taking matters into his own hands,” calling his bill “ridiculously generous” to Democrats, insisting that $5 billion for the wall isn’t a lot of money in exchange for protection for DACA recipients.

“The only reason why it might be a problem for Nancy Pelosi is her own talking point is ‘We want to reopen the government.’ Well, as Guy said, you have to act like you’re serious about that if you really want to do it. If you’re not offering anything, not putting anything on the table, not putting forth any realistic compromise and not accepting any of these generous offers, it hurts your own talking point,” Hemingway told the panel.