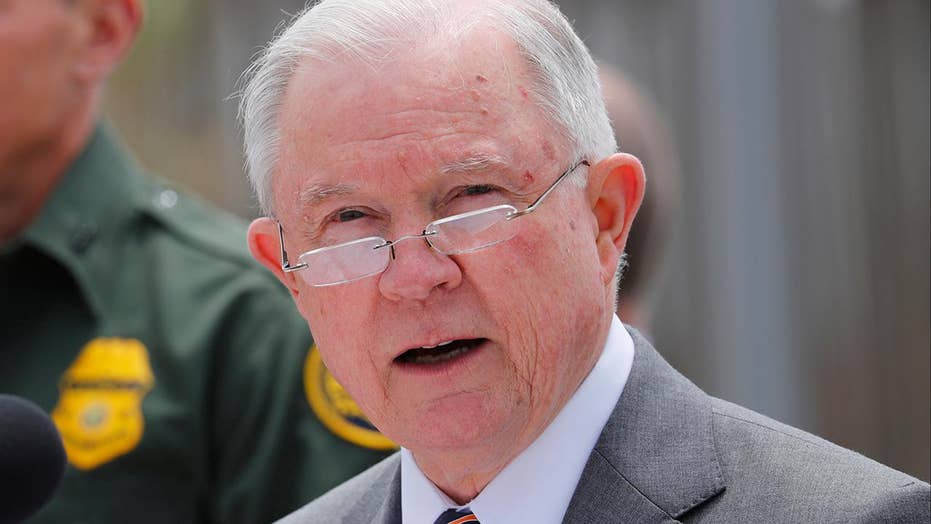 Following a recent move by Attorney General Jeff Sessions to cut down on the powers immigration judges have to indefinitely suspend cases, lawyers with Immigration and Customs Enforcement are looking to reopen thousands of closed deportation cases.

Attorneys at ICE this fiscal year have sought to reopen almost 8,000 cases that were either shelved or closed by immigration judges for administrative reasons, according to a review of the Department of Justice’s Executive Office for Immigration Review.

The request in fiscal year 2017, which included four months of the Obama administration before President Trump’s inauguration, totaled around 8,400. In comparison, requests to reopen cases in fiscal years 2015 and 2016 only totaled 3,551 and 4,847, respectively.

While ICE did not respond to Fox News’ request for comment, a spokeswoman for the agency told the Los Angeles Times late last week that ICE wants to reset cases in which people had been arrested or convicted of a crime, and added that it is common practice for ICE’s legal team to review cases suspended or closed by the court to determine whether the ruling was still appropriate.

The increase in requests, however, comes amid heavy criticism of the Trump administration's hardline policies from immigration activists, who argue that the recent move by Sessions undermines judicial independence and is being used solely to further a political agenda.

Dana Marks, an immigration judge in San Francisco and a spokesperson for the National Association of Immigration Judges, told BuzzFeed News that while previous administrations have sought to reopen cases in which individuals subsequently were arrested, charged, or convicted of a new crime, the Trump administration has expanded the reasoning to reopen cases.

“They want all of them back on the docket because all of these individuals have been identified in their mind as having a potential ground of removability,” Marks said.

Sessions recently used his power as attorney general to limit full asylum hearings and block most victims of domestic and gang violence from seeking legal refuge. He also ruled in May that immigration judges and the Board of Immigration Appeals lack the authority to close cases for administrative reasons.

“No attorney general has delegated such broad authority, and legal or policy arguments do not justify it,” Sessions wrote. “I therefore hold that immigration judges and the board lack this authority except where a previous regulation or settlement agreement has expressly conferred it.”

During the Obama administration, many cases were closed or suspended when they were deemed a low priority – such as when the person had no criminal history or had ties to someone legally in the U.S. – in an attempt to deal with the growing backlog of cases on the docket that now sits at more than 730,000.

The National Association of Immigration Judges filed a formal grievance against Sessions this month, asking for federal immigration officials to stop interfering with their legal autonomy.

Ashley Tabaddor, president of the association, noted that because immigration courts are run by the Justice Department, they are at times used by whatever presidential administration is in office to push certain policies.

But “all of these issues have become more pronounced” with the Trump administration’s crackdown on illegal immigration, she said.