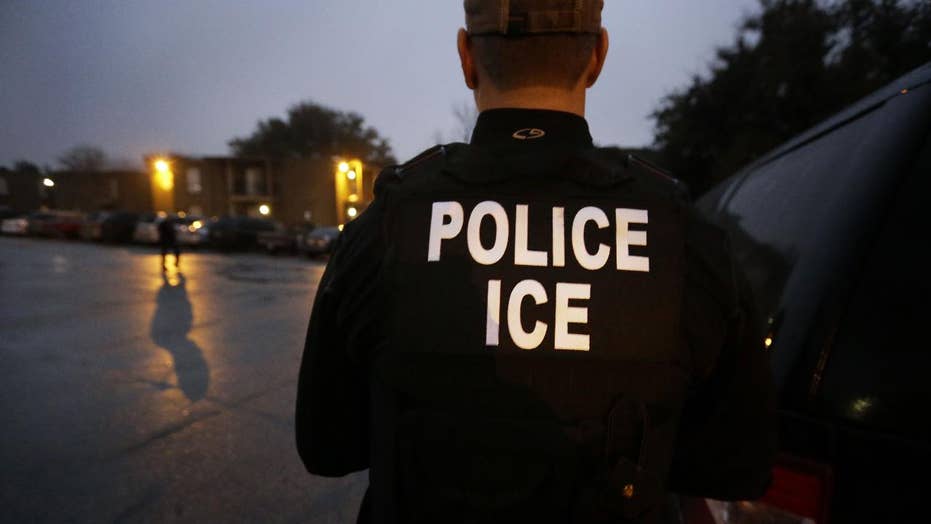 Federal immigration officials have arrested more than 150 individuals in violation of federal U.S. immigration law in Northern California this week despite the Oakland mayor warning of an impending raid.

Roughly half of those arrested by deportation officers have convictions for assault and battery, crimes against children, weapons charges and DUI, according to the agency.

ICE highlighted the arrest of one fugitive of the federal agency in particular, who officials stated is a documented gang member.

“Over the past 18 years [Nuñez-Salgado] has accumulated criminal convictions in California that have resulted in more than 15 years of prison sentencings,” Schwab said, adding the man “has been previously removed by ICE on four prior occasions” and is a member of the Sureño street gang.

Other arrests include that of another Sureños gang member and other illegal immigrants with criminal convictions from Mexico and Guatemala throughout Northern California.

The arrests come in the days after Libby Schaaf, the Democratic mayor of Oakland, posted a press release to Twitter warning constituents in the sanctuary city that “multiple credible sources” told her ICE would be conducting a raid in the Bay Area as soon as Sunday.

Schaaf received swift backlash following her post, with many arguing over the legality of such a warning.

"The Oakland mayor’s decision to publicize her suspicions about ICE operations further increased that risk for my officers and alerted criminal aliens — making clear that this reckless decision was based on her political agenda,” ICE Deputy Director Thomas Homan said in a statement Tuesday. “Unlike the politicians who attempt to undermine ICE’s critical mission, our officers will continue to fulfill their sworn duty to protect public safety.”

However, Schaaf stood by her decision, saying she felt as though it was her "duty" to share the information. ICE officials told Fox News they're asking the Department of Justice to look into whether the mayor broke any laws by giving the warning.

Further details of ICE's immediate activities in the Bay Area remain unclear, although the agency says 864 illegal immigrants with criminal convictions and other public safety threats "remain at large" in the area — two of whom are believed to be living in Oakland.