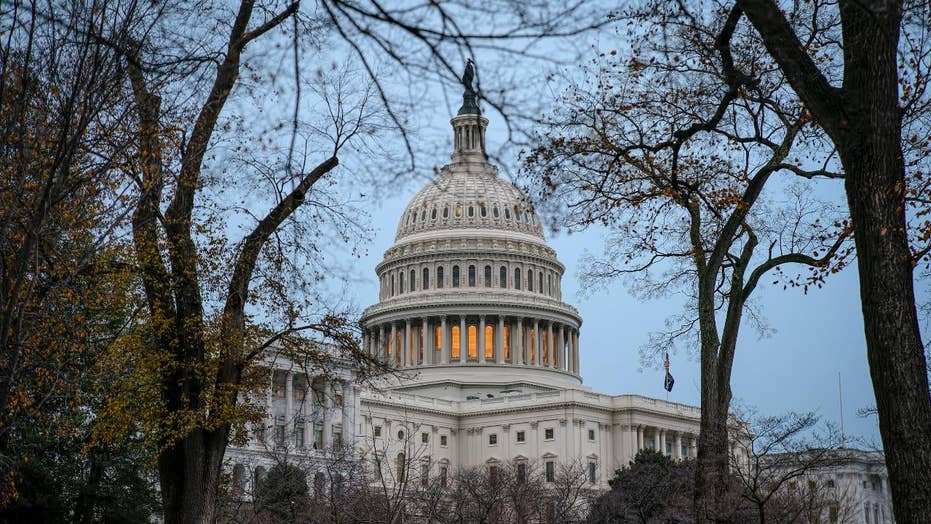 The report accuses President Trump of misusing his office to solicit election help from Ukraine; reaction and analysis from Bret Baier, anchor of 'Special Report.'

The Democrat-led House Intelligence Committee late Tuesday voted to adopt and issue its scathing report on the findings from the panel's impeachment inquiry, accusing President Trump of misusing his office to seek foreign help in the 2020 presidential race.

However, a senior member of Democratic House Speaker Nancy Pelosi's leadership team told Fox News in the evening that it seems unlikely the House can vote on impeachment before Christmas, saying it's "too complex" a process.

It asserted the inquiry "uncovered a months-long effort by President Trump to use the powers of his office to solicit foreign interference on his behalf in the 2020 election."

White House Press Secretary Stephanie Grisham swiftly hit back in a statement slamming the nature of the Intelligence Committee's inquiry and claiming it failed to prove any wrongdoing on Trump's part.

“At the end of a one-sided sham process, Chairman Schiff and the Democrats utterly failed to produce any evidence of wrongdoing by President Trump,” Grisham said. "This report reflects nothing more than their frustrations. Chairman Schiff’s report reads like the ramblings of a basement blogger straining to prove something when there is evidence of nothing.” 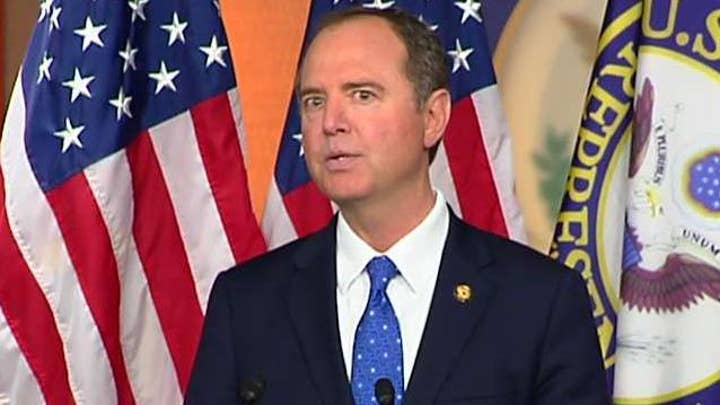 "The President engaged in this course of conduct for the benefit of his own presidential reelection, to harm the election prospects of a political rival, and to influence our nation’s upcoming presidential election to his advantage," the report said. "In doing so, the President placed his own personal and political interests above the national interests of the United States, sought to undermine the integrity of the U.S. presidential election process, and endangered U.S. national security."

Schiff also tweeted: "The impeachment inquiry uncovered overwhelming and uncontested evidence that President Trump abused the powers of his office to solicit foreign interference in our election for his own personal, political gain."

The report concluded that Trump withheld nearly $391 million in military aid from Ukraine, conditioning its delivery as well as a White House visit with Zelensky on a public announcement that Zelensky was conducting the investigations. It also accuses Trump of obstruction for instructing witnesses not to comply with congressional subpoenas.

The report also alleges that Trump intimidated witnesses through statements he made about Yovanovitch,  Vindman, Chargé d’Affaires for U.S. Embassy in Kiev William Taylor, and Jennifer Williams, special adviser for Europe and Russia in the Office of the Vice President.

Trump has denied wrongdoing and said his call with Zelensky was “perfect,” while maintaining there was no such quid pro quo tying aid to investigations. One key witness, E.U. Ambassador Gordon Sondland, alleged a clear quid pro quo involving a White House meeting and a "potential quid pro quo" involving the aid -- but also acknowledged he never heard those conditions from Trump directly.

Zelensky has also denied there was any pressure put on him or any talk of a quid pro quo between the two leaders, but he did recently criticize the decision to delay the aid.

LONDON, ENGLAND - DECEMBER 03: Prince Charles, Prince of Wales and Camilla, Duchess of Cornwall meet US President Donald Trump and wife Melania at Clarence House on December 3, 2019 in London, England. France and the UK signed the Treaty of Dunkirk in 1947 in the aftermath of WW2 cementing a mutual alliance in the event of an attack by Germany or the Soviet Union. The Benelux countries joined the Treaty and in April 1949 expanded further to include North America and Canada followed by Portugal, Italy, Norway, Denmark and Iceland. This new military alliance became the North Atlantic Treaty Organisation (NATO). The organisation grew with Greece and Turkey becoming members and a re-armed West Germany was permitted in 1955. This encouraged the creation of the Soviet-led Warsaw Pact delineating the two sides of the Cold War. This year marks the 70th anniversary of NATO. (Photo by Victoria Jones - WPA Pool/Getty Images) (Getty)

The Democrats' report said that Trump's phone call with Zelensky was not the only incident at issue, "[r]ather, it was a dramatic crescendo within a months-long campaign driven by President Trump in which senior U.S. officials, including the Vice President, the Secretary of State, the Acting Chief of Staff, the Secretary of Energy, and others were either knowledgeable of or active participants in an effort to extract from a foreign nation the personal political benefits sought by the President."

Republicans drafted a report of their own, which rejected the Democratic majority's claims.

"The evidence presented does not prove any of these Democrat allegations, and none of the Democrats’ witnesses testified to having evidence of bribery, extortion, or any high crime or misdemeanor,” the GOP report said.

With the Intelligence Committee’s report in their hands, the Judiciary Committee is next going to call constitutional law experts to testify regarding the relevant legal principles involved in impeachment, before determining whether or not to approve articles of impeachment, which would then go to the full House for a vote.

Articles thought to be under consideration cover accusations ranging from bribery to abuse of power to obstruction.

If the House should vote to impeach, the Senate would hold a trial, where a two-thirds majority would be needed to convict.

A Senate trial could also dig deeper into the issues Trump once sought to have investigated: Joe Biden's role ousting a Ukraine prosecutor who had been looking into the natural gas firm Burisma Holdings, where his son Hunter had a lucrative board role.