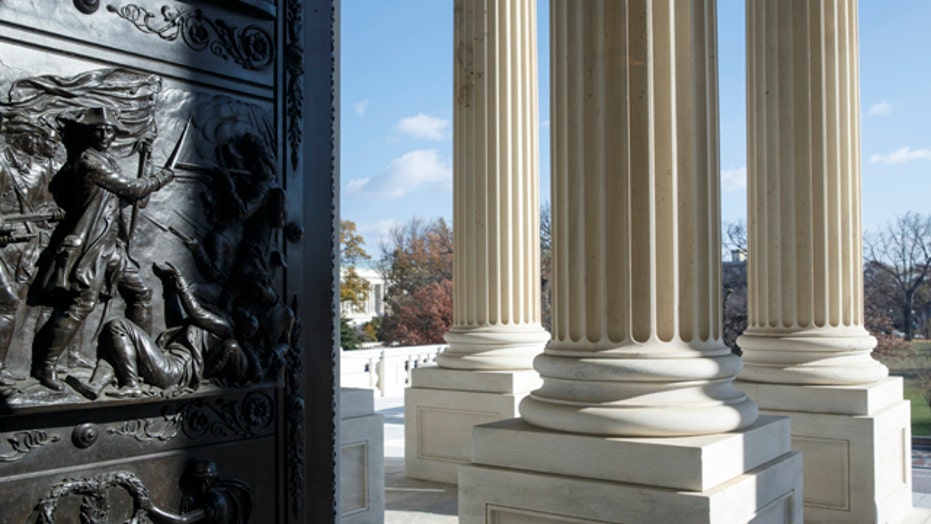 Congressional effort to get things done despite dissention

House Republicans attempting to avoid a government shutdown while also hitting President Obama over his immigration executive action are trying to gain support for legislative measures to tackle both issues.

Fox News has learned that Republican leaders are working on a spending plan which would fund most elements of the government for the rest of the current fiscal year. Congress must pass a spending bill before the members leave for the holidays.

However, that bill would only fund some immigration-related activities through early next year. This would give the new-GOP led Congress the chance to take a big whack at the president’s executive action once it begins its work in January.

The GOP’s strategy, while popular in the party, is likely to raise the ire of Democratic lawmakers. House Minority Leader Nancy Pelosi, D-Calif., put Republicans on notice last week that her party wouldn’t support a plan which didn’t fund the government for the entire fiscal year and also chipped away at some immigration-related activities.

In addition, such a plan could face trouble if Senate Democrats blow it up, potentially setting up a standoff at the end of next week.

The GOP also appeared to be leaning toward a bill by Florida Rep. Ted Yoho, which is aimed at preventing executive overreach in response to Obama’s executive action last month. The president’s move protected millions of immigrants from deportation proceedings and made them eligible for work permits

The bill focuses on Obama’s assertion that he can use prosecutorial discretion to grant legal status to some illegal immigrants. A source familiar with the plan told Fox News that the bill would argue the administration cannot use "discretion" on an entire category of persons, as prosecutorial discretion hinges on learning the facts about a situation on a case-by-case basis and making a determination from there.

The draft of the bill obtained by Fox News states that the executive branch can’t exempt “by executive order, regulation, or any other means, categories of persons unlawfully present in the United States from removal under the immigration laws.” An aide told Fox News the bill is still being tweaked.

Congress’ to-do list also includes renewing expired tax breaks for individuals and businesses, considering Obama's requests for money to stop Ebola and the Islamic State and dealing with the influx of unaccompanied Central American children who have crossed into the United States.