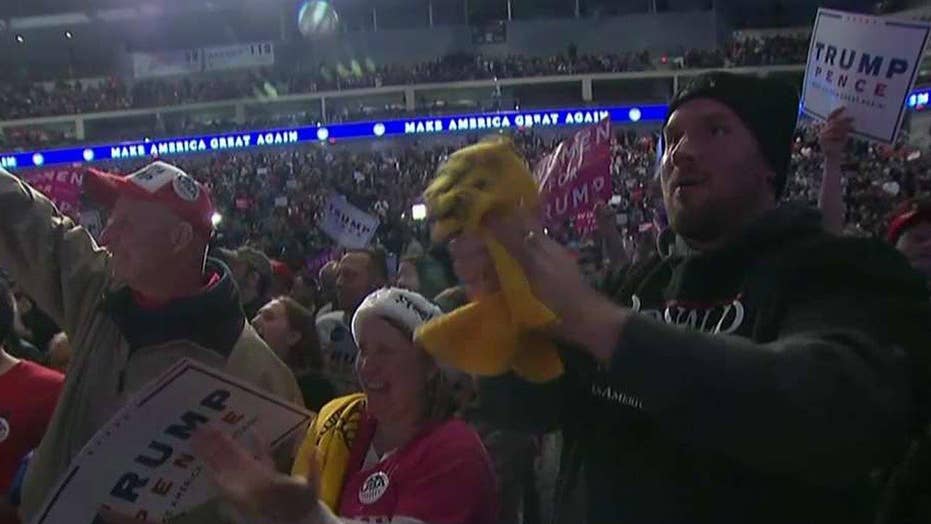 How do Trump voters feel about the immigration restrictions?

Despite protests, many who voted for the president see the ban as putting America's safety first; Kristin Fisher takes a closer look for 'Special Report'

The House Judiciary Committee said Monday that committee staff worked secretly with the Trump administration as they drafted the executive order temporarily halting the refugee program.

Some committee staff members offered policy advice to the Trump transition team about immigration law, a committee aide said in a statement to Politico. But the aide emphasized that the Trump administration was responsible for the final policy decisions, rollout and implementation.

The work by the committee staffers took place without the knowledge of House GOP leaders, who themselves had no involvement in writing the order and little awareness of its contents.

According to Politico, committee aides started their work on the executive order after the election and before Trump was sworn in as president on Jan. 20. Incoming Trump administration officials forced staffers to sign nondisclosure agreements.

Most Republicans were caught off guard about who developed the executive action. The report said House Speaker Paul Ryan, R-Wis., and Senate Majority Leader Mitch McConnell, R-Ky., only saw the final draft of the executive order once reporters received it Friday night.

"Their coordination with the Hill was terrible," a senior Republican source told Politico. “We didn't see the final language until it was actually out.”

The secrecy behind the order may have caused some of the confusion over how to implement it over the weekend when dozens were detained at airports nationwide, sparking massive protests. According to Politico, House Homeland Security panels and top lawmakers were not given the opportunity to go over the order in an effort to address potential problems.

The chaos behind the drafting of the order has reportedly left GOP lawmakers “simmering” that Trump officials didn’t seek out their expertise in the matter.

One GOP aide told Politico they were “getting tired of all the chaos.”