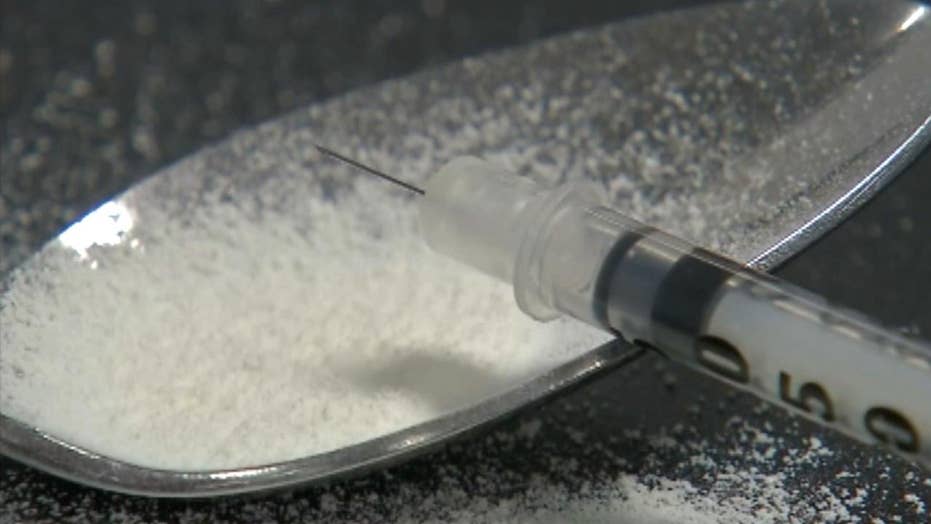 The increase in child abuse and neglect cases appears connected to the growing drug epidemic and people who are parenting under the influence.

The House moved last week to push through dozens of bills aimed at curtailing the nationwide opioid epidemic – and lawmakers said they’re not done yet.

In what Rep. Greg Walden, R-Ore., called a “suite” of opioid-related legislation, the House passed through 38 bills last week that tackled addiction and recovery efforts, research on non-addictive pain medications and other modalities of treatment. This week, they have 21 more on the calendar.

“It’s just one story after another of crisis and death and addiction. It’s swept across the country,” Walden, who chairs the House Energy and Commerce Committee, told Fox News. “People didn’t really get its depth and scope and breadth until it was too late.”

Most of the already passed bills are modest – and bipartisan.

Some tackle research and studies, including one that would give the National Institutes of Health (NIH) more ability to conduct research into non-addictive pain medications. Other bills would provide incentives, such as establishing a loan repayment program of up to $250,000 for professionals who work in the substance use disorder treatment field in particularly severe areas.

Another bill would have HHS establish an “electronic dashboard linking to all of the nationwide efforts and strategies to combat the opioid crisis.”

Jessie’s Law, too, was passed by the House. The law seeks to make sure medical professionals are aware of a patient’s medical history, including with substance abuse disorders, before making decisions based on prescription treatment options.

“It’s just one story after another of crisis and death and addiction. It’s swept across the country.”

The bill is named after Jessica Grubb, a 30-year-old Ann Arbor, Michigan, woman who had overcome a heroin addiction, according to the Detroit News. When she needed hip surgery, the discharging doctor was never made aware of her past addictions and gave her Oxycodone. Grubb overdosed and died that night, the Detroit News reported.

This bill would only give the patient the right to inform medical professionals about his or her history; it would not give someone else, including a family member, the ability to divulge private information, a House Energy and Commerce Committee spokeswoman told Fox News.

“But this is not a one-and-done,” Walden said. “This will take a committed, multi-year effort to dramatically change the prescribing behaviors, the treatment modalities, when it comes to pain management.”

On the calendar this week are 21 additional bills pertaining to the opioid epidemic. Once they’re out of the House, Walden said they will bundle them in way that “will be more manageable for the Senate.”

“There’s going to be a lot of back-and-forth with the Senate, with the administration, to perfect what we’ve done and balance what they’ve done and get it on the president’s desk," he added.

Despite the volume of bills Walden has pushed through, not everyone is happy with the efforts.

“Collectively, these bills do not go far enough in providing the resources necessary for an epidemic of this magnitude,” New Jersey Rep. Frank Pallone Jr., the top Democrat on the House Energy and Commerce Committee, told Roll Call. “While these bills are well-intentioned, Republicans’ ongoing efforts to repeal [ObamaCare], gut Medicaid and take away critical protections or people with pre-existing conditions would have a devastating impact on people who suffer from opioid substance abuse.”

Walden dismissed the criticism, calling it “factually uninformed” and pointing to the bipartisan nature of the majority of the bills.

A handful of measures that passed the House are considered to be a bit contentious, including one that would create new criminal penalties for making or trafficking certain synthetic drugs containing fentanyl. Democrats complain the legislation would give the government unfettered power to decide which drugs would be banned, without scientific input.

Walden said in combatting the opioid epidemic, lawmakers are trying to ensure they don’t “overreact” and deny “the legitimate prescribing of pain medications for people who suffer chronic pain,” including cancer patients. He also said lawmakers are being cautious with certain proposals that could incidentally sweep up researchers and make them “felons.”

Unlike the Senate, Walden said the “suite” of House bills didn’t include any that dictate the number of days pain medicine can be prescribed. He said he recognized in more rural areas, a person might have to travel quite far to a pharmacy to pick up medication and wouldn’t be able to make that trip frequently.

Nearly 64,000 people died from drug overdoses in 2016, including around two-thirds whose deaths involved opioids, according to the most recent figures from the federal Centers for Disease Control and Prevention. An estimated 11.8 people misused opioids that year, mostly by abusing prescription pain relievers.

Opioids are natural or synthetic drugs that can be prescribed for pain relief, but they can also be made illicitly or legally provided prescriptions can be abused.

West Virginia had the highest death rate from drug overdoses in 2016, with Ohio, New Hampshire, the District of Columbia and Pennsylvania following close behind.