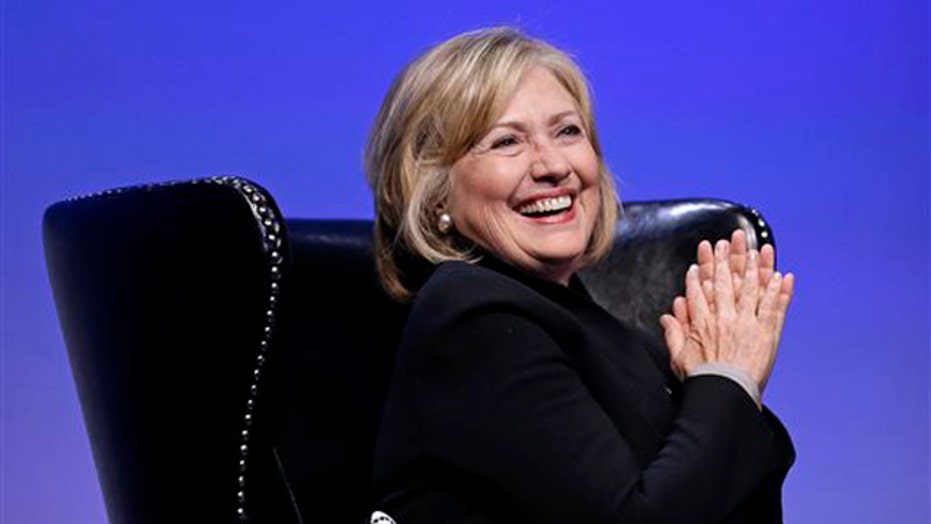 Hillary Clinton called for businesses to collaborate with universities to make higher education more affordable in a $225,000 speech Monday night at the annual University of Nevada Las Vegas Foundation dinner.

"Higher education shouldn’t be a privilege for those able to afford it," Clinton told a crowd of approximately 900 people. "It should be an opportunity widely available for anybody with the talent, determination and ambition."

The former secretary of State said that many students are affected by student loan debt "that can feel like an anchor dragging them down," and praised President Obama for increasing federal Pell grants by $1,000.

Her speech fee itself, though, was controversial. Clinton first made headlines in June for the address when it was revealed UNLV was paying Clinton the steep rate to speak at the foundation's ritzy dinner at the Bellagio hotel and casino.

UNLV students protested her visit, insisting the university instead spend the money on scholarships -- as tuition at the school will increase by 17 percent over the next four years.

“You could give scholarships to thousands of students, benefit research on campus, give more students grants for research and studying,” Daniel Waqar, student relations director for the UNLV Student Government, told Nevada political journalist Jon Ralston in June.

The top donor tables at the event cost between $3,000 and $20,000 each. The university says that the UNLV Foundation raised over $350,000 from those donors alone, while an additional $235,000 was raised from a pledge drive held during the dinner, more than recouping the cost of Clinton's speech.

The speaking fee is expected to go toward the Bill, Hillary & Chelsea Clinton Foundation.

Monday's event was just the latest of many high-priced talks the Clintons routinely have given -- which clashed with Hillary Clinton's claim during her recent book tour that she and her husband were "dead broke" when they left the White House in 2001.

Before appearing at the Bellagio, Clinton made a stop in Denver to campaign for Colorado Sen. Mark Udall and later appeared at a Nevada Democratic Party fundraiser in Las Vegas with Senate Majority Leader Harry Reid. The Las Vegas Sun reported that VIP tickets to the fundraiser at the Aria resort cost $10,000 each.

This was Clinton’s third official visit to Sin City since March. Most recently, she spoke at the Clean Energy Summit in September.