Kurtz: Another case of Beltway fakery

There’s been plenty of sound and fury over President Obama’s Supreme Court nominee—and in the end, the great likelihood is that nothing will happen.

No wonder people are fed up with politics as usual, giving rise to outsider candidates whose greatest appeal is that they would shake things up.

We’re down to the point where the press is breathlessly reporting on how many Republican senators are agreeing to hold courtesy meetings with Merrick Garland. Courtesy meetings!

That’s the fantasy level on which this is playing out.

The truth is, there’s not much drama here because Mitch McConnell and company didn’t even wait for the president’s pick. Instead, they served notice after Antonin Scalia’s death that no nominee would get so much as a hearing—no way, no how.

Now it’s theoretically possible that the Democrats will pressure the GOP into allowing a vote on Garland, chief judge of the federal appeals court  here in D.C. But it’s a very long shot. So we’re left with kabuki theater.

I can’t blame the press for covering the shadow-boxing. But as the media machine boots up, the story appears to be vaporware.

It is interesting, to be sure, that Obama chose Garland, a 63-year-old white man who is less liberal than some of the other finalists and is respected by both parties. In fact, the underlying tone of the coverage is that Garland is a savvy and superbly qualified choice and the Republicans are just being obstructionists.

George Will, by the way, calls the GOP response “incoherent” and says the party should accept Garland as model of judicial restraint.

At the same time, most of the reporting fails to reflect that both sides are drenched in hypocrisy. Many Democrats insisting that the Senate has a constitutional duty to act made the opposite argument about such late-term, lame-duck nominees when Republicans held the White House. Many Republicans insisting that “the people” should decide by stalling until the next election made the opposite argument when they held the White House.

But the media doesn’t like to portray both sides as culpable, because it raises questions about the very system we cover. So it becomes a he said/she said game.

Now some in the GOP are making noises about voting on Garland in a lame-duck session—that is, if Hillary Clinton wins, they would suddenly be more interested in Garland than in the more liberal justice she would likely appoint.

And people like Chuck Schumer, who argued for stalling when George W. Bush was president, would undoubtedly revert to that position in the last year of, say, a Trump presidency. McConnell, along with Joe Biden, has also been on both sides of this issue.

Townhall’s Guy Benson said yesterday on “Media Buzz” that the coverage has been strangely “muted,” and that in any other campaign this would be a dominant issue. But that’s largely because the Senate’s stance has reduced this to a game of charades.

It would all be comical if the stakes weren’t so high: a lifetime appointment to a sharply divided Supreme Court. 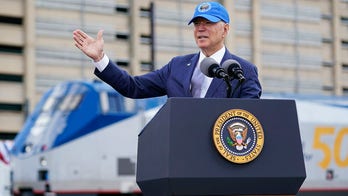 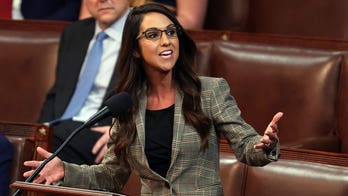 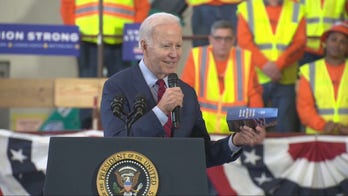