Luis Alvarez's liver is failing and he is in hospice care after breathing in toxic dust at Ground Zero.

Alvarez discovered he was going into liver failure after finishing his 69th round of chemotherapy on Wednesday and used his final interview to advocate on behalf of the victims and their families.

"I'm doing well. I'm comfortable. I'm not in a lot of pain. I have my family surrounding me and I'm at peace," Alvarez told Smith. He also said he has no regrets and was simply doing his job on the day of the attacks.

"I have no regrets -- no regrets whatsoever," he said. "9/11 happened. We got called down. It's my job as an NYPD detective to respond to emergencies. So, no hesitation. We went down, spent about three months down there doing the bucket brigade, doing rooftop detail, trying to find remains. I did what every other FDNY, NYPD, EMS worker -- everybody. I'm nobody special. I did what all the other guys did. And now we're paying the price for it."

Smith disagreed with Alvarez, saying all of the first responders are special people, because of their desire to help their fellow man during the most trying of times. Alvarez responded by calling on Congress to act quickly to provide continued funding for the 9/11 heroes and their families.

Alvarez wrote on Facebook, "I will continue to fight until the good Lord decides its time ... Please take care of yourselves and each other. Still here, still breathing. Still fighting."

Comedian Jon Stewart, who has been a strong advocate for 9/11 first responders, publicly called out Sen. Majority Leader Mitch McConnell, R-Ky., saying he let the fund dwindle and nearly run dry. McConnell responded to Stewart saying, "We have never failed to address this issue and we will address it again.  I don’t know why he’s all bent out of shape but we will take care of the 9/11 Victim Compensation Fund."

The 9/11 compensation fund is in danger of running out after the Justice Department announced it would be cutting payouts by up to 70 percent, in an effort to keep the fund solvent for the future.

"We need this bill passed Shep, it's got to be passed quickly and efficiently so we never have to come down to Washington again and lobby," he said.

Alvarez also counted himself lucky and said he was "blessed" to have lived as long as he did, but that he was sad to be leaving his young sons behind. 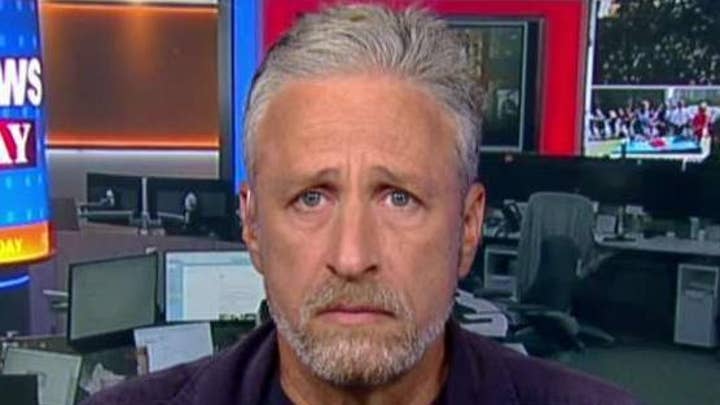 "There's going to be more and more and more responders getting sick," Alvarez continued. "And I just want them to know that just because you're not sick now, doesn't mean you're not going to get sick. And you need to be covered. I'm lucky to have the health care that I got. But there's guys out there that don't have it. There's plenty of people that, in terms of going through the stress of fighting cancer, they're also fighting the financial stress of the health care. And it's not right. You know, we served our city, our state, our country. And [we] should be compensated for it."

Alvarez said the first responders did their duty that day and now it's time for Congress to step up and do theirs.

"We just want the money to be there for our families so that God forbid they do get sick, they're covered. They have their health insurance, they have the VCS funds who will take care of their families -- God forbid they get sick and die. So, that's what I'm advocating for. Okay? We did our job. Congress has to do theirs," he said.

He called the first responder issue an "epidemic" and predicted more will come forward in the near future, with severe health problems. 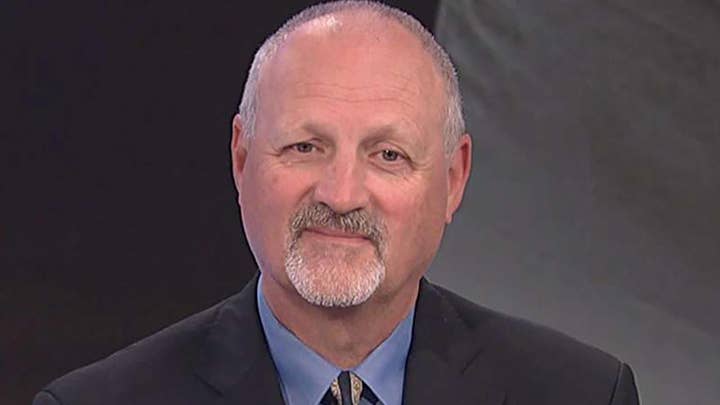 "Going through this cancer is stressful. Not just on me, on my whole family. It's been very stressful and we need to ease the stress on the first responders," Alvarez added. "And let them know that they're not alone. That the government is here to back them up, to give them the support they need, the financial support that they're going to need when they get sick. It's just a matter of time. You know, most of us that were down there -- it's just a matter of time before we get sick."

Alvarez was asked what he wants his legacy to be, and he said he wants to be remembered as an advocate for 9/11 first responders all around the country -- not just New York City.

"I want them to say that I fought for first responders. And it's not just the New York things. It didn't just happen in New York," he said.

"As a bomb technician, I traveled around the country, training and with other departments. And I would talk to guys that were like 'hey, I got this cough. And I don't feel good.' And these are guys from Arizona, New Mexico, California. When 9/11 happened, they all showed up. Because that's what we do. Not just New York -- all over the United States. They all showed up." So it's not a New York thing. It's a country thing. There's guys in other states and other cities that are sick and they don't understand why. And I just want them to know, hey if you were down at ground zero ... get yourself checked out. Because you could be sick from ground zero."