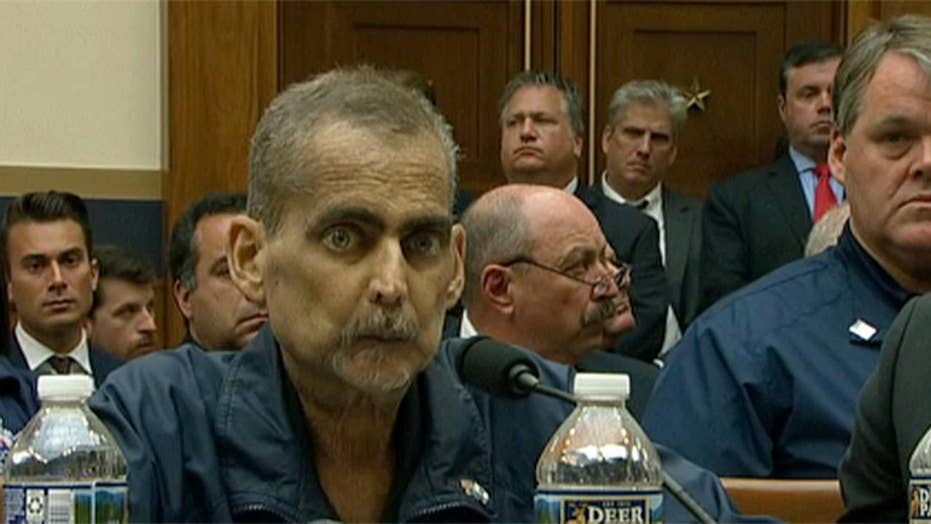 The 9/11 first responder whose moving testimony before a House subcommittee last week went viral said he is now in hospice care.

Luis "Lou" Alvarez, a former bomb-squad detective for the NYPD who was diagnosed with cancer in 2016 and was just beginning his 69th round of chemotherapy, announced the news on Wednesday via Facebook, and said it “had nothing to do with my trip to DC.”

“Hello everyone, ‘I’m still here and still fighting,'’’ Alvarez began his Facebook post. “I just wanted to let you know, what is going on with me. Since you have been with me on this 3-year ride. I’m now in hospice, because their (sic) is nothing else the doctors can do to fight the cancer. It had nothing to do with my trip to DC, that was just a coincidence.

“The day after my trip I was scheduled for chemo, but the nurse noticed I was disoriented,” Alvarez wrote, alongside an earlier undated photo of himself. “A few tests later they realized that my liver had completely shut down because of the tumors and wasn’t cleaning out the toxins in my body and it was filling up with ammonia, hence the disorientation. So now I’m resting and I’m at peace. I will continue to fight until the Good Lord decides it’s time. I will try to do a few more interviews to keep a light on our fight for the VCF benefits we all justly deserve. Please take care of yourselves and each other – God Bless – Lou. ‘Still here, still breathing, still fighting.’”

JON STEWART RIPS MCCONNELL: YOU ONLY SEE 9/11 VICTIMS AS A 'POLITICAL PAWN'

“I have been to many places in this world and done many things, but I can tell you that I did not want to be anywhere else but Ground Zero when I was there,” Alvarez told lawmakers. “Now the 9/11 illnesses have taken many of us, and we are all worried about our children, our spouses and our families and what happens if we are not here.”

More than 40,000 people have applied to the Victim Compensation Fund, which covers illnesses potentially related to being at the World Trade Center site, the Pentagon or Shanksville, Penn., after the 2001 attacks. More than $5 billion in benefits have been awarded out of the $7.4 billion fund, with about 21,000 claims pending.

The following day, the full House Judiciary Committee approved the bill, which will next go before the full House, where it is expected to pass before moving to the Senate.

Alvarez told the New York Daily News that he felt compelled to travel to DC despite having to rush back for chemotherapy because he wanted his “kids to know that dad did everything he could to help other police officers get through this.”