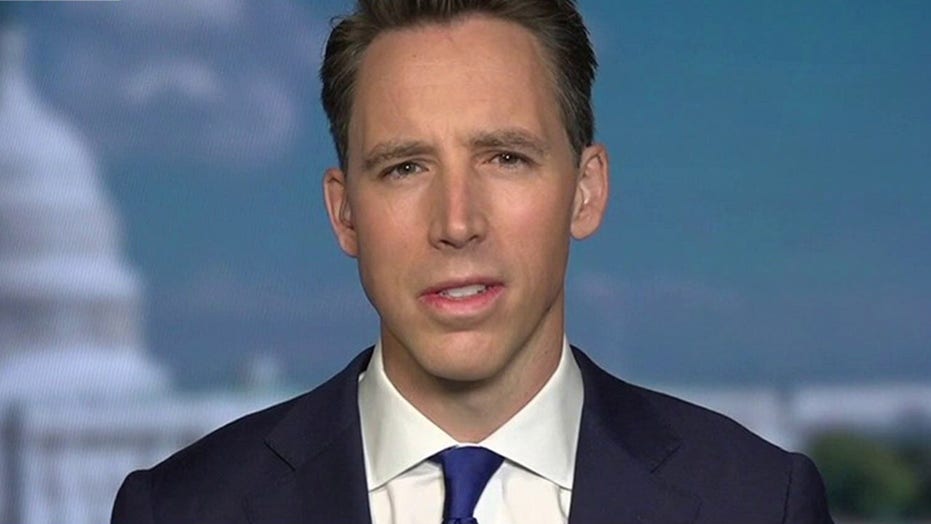 Sen. Josh Hawley: I will only vote for a justice who understands that Roe v. Wade was 'wrongly decided'

Sen. Josh Hawley, R-Mo., a member of the Senate Judiciary Committee, on the battle over the Supreme Court vacancy.

Democrats are “saying they’ll burn down the Constitution,” Sen. Josh Hawley, R-Mo., claimed on Monday following some on the left vowing to pack the Supreme Court if elected.

“They lost the election in 2016, they lost the White House," Hawley said on "Fox & Friends." "So, listen, if they win back those things, they’ll be able to confirm and nominate their own justices in the future, but, to say because they lost elections that now that they will break all of our Constitutional norms and standards, they’ll pack courts, they’ll conduct impeachment hearings to stop a president from carrying forward his Constitutionally authorized privileges and responsibilities. That’s insane.”

The idea of “packing” the court with extra justices -- attempted unsuccessfully by President Franklin Delano Roosevelt in 1937 to force through parts of his New Deal that were ruled unconstitutional by the high court -- has bubbled away on the fringes of the party for years.

Hawley said that he “hopes” American voters are “listening carefully.”

“This is the same party that looks away while rioters and looters burn down our towns. Now, the Democrats are saying they’ll burn down the Constitution. These people should not be in power.”