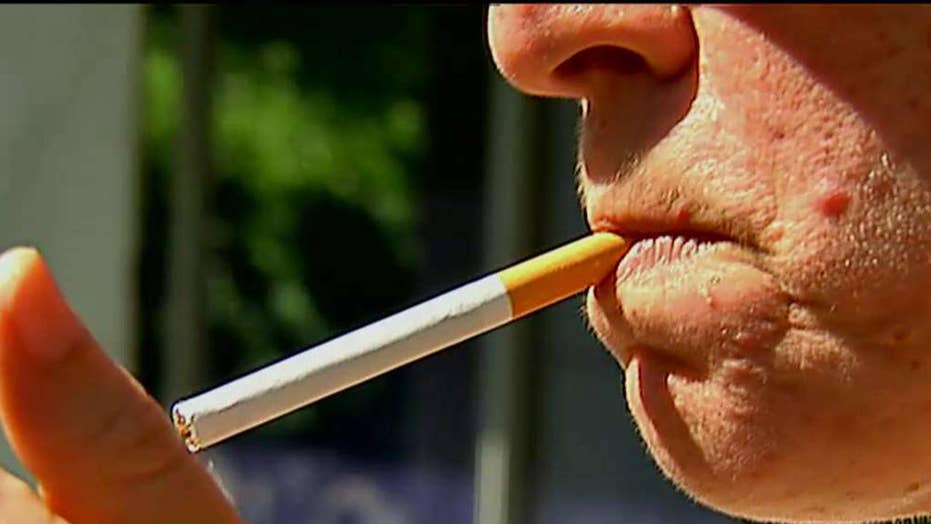 A Hawaii state lawmaker has proposed legislation to effectively ban cigarette sales by raising the minimum smoking age to 100 over the next several years.

Democratic state Rep. Richard Creagan’s bill would raise the minimum legal smoking age, currently set at 21, in stages -- to 30 starting in 2020 and eventually to 100 by 2024. If approved, the restrictions would only apply to cigarettes—not e-cigarettes, cigars or chewing tobacco.

FDA TO CRACK DOWN ON MENTHOL CIGARETTES, FLAVORED VAPES

“The state is obliged to protect the public’s health,” Creagan told the Hawaii Tribune-Herald. “This is more lethal, more dangerous than any prescription drug, and it is more addicting. In my view, you are taking people who are enslaved from a horrific addiction, and freeing people from horrific enslavement.”

He added: “We, as legislators, have a duty to do things to save people’s lives. If we don’t ban cigarettes, we are killing people.”

Hawaii, already, has tight cigarette laws—being one of the only states that has a minimum age requirement of 21. Most states’ legal age for purchase of cigarettes is 18.

Creagan is not the only lawmaker in the state pushing restrictions on tobacco sales. State Sen. Dru Kanuha proposed an increase in the excise tax on cigarettes to 21 cents, up from 16 cents, in July. The bill said the excess revenue would be used for health research and programs, according to the Tribune-Herald.

Creagan’s bill is slated to be taken up by a state House committee this week.