Former Senate Democratic Leader Harry Reid had some harsh words for his party's presidential candidates, rejecting some of their health care and immigration policies as too extreme to resonate with voters in a general election.

Reid, during a newly published interview with Vice, specifically took aim at "Medicare-for-all" and calls by many candidates to decriminalize illegal border crossings. The blunt-talking former Nevada senator suggested any Democratic nominee running on these issues could face trouble.

“People want a fair immigration system. They don’t want an open-door invitation for everybody to come at once,” Reid said in the interview with Vice. When asked if supporting decriminalization could be bad for Democrats in 2020, Reid said, “Of course it is.”

Reid accused Democrats of not having their priorities in order going into the election. 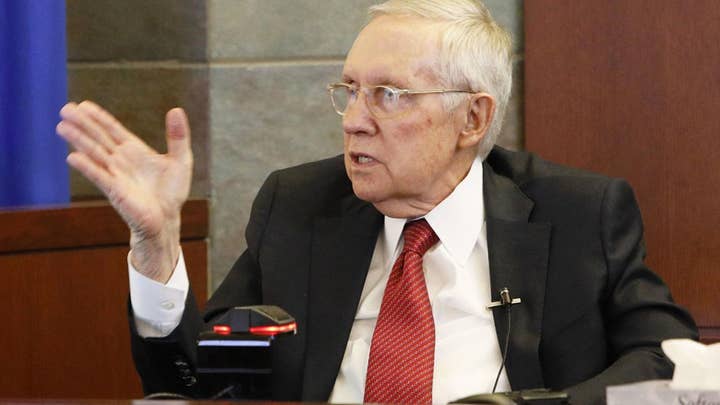 “There are so many more important things to do. Decriminalizing border crossings is not something that should be at the top of the list,” he said, stating that “it should be way, way down at the bottom.”

Reid also argued that his party has it wrong when it comes to health care by pushing for drastic new systems like “Medicare-for-all” instead of retooling what voters already use.

“I think that we should focus on improving ObamaCare,” he said, echoing a point made by former Vice President Joe Biden. “We can do that – without bringing something that would be much harder to sell.”

As with the immigration policies espoused by many 2020 candidates, Reid said “of course” a platform of single-payer health care would be problematic for any nominee next year.

“How are you going to get it passed?” he wondered.

Sen. Bernie Sanders, I-Vt., is the most prominent supporter of "Medicare-for-all," but the policy has steadily gained support in recent years, including from influential freshman members of Congress.

Reid is not endorsing any candidates just yet as he is waiting for the Nevada caucuses, which are scheduled for Feb. 22, 2020, just weeks after the opening primary contests in Iowa and New Hampshire.