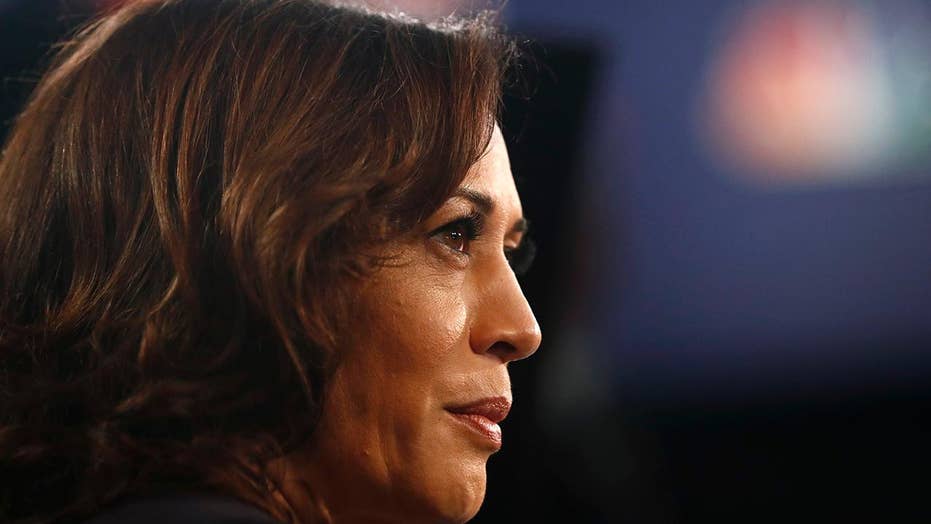 After a breakout performance on the debate stage watched by millions of Americans, Democratic presidential candidate Sen. Kamala Harris is quickly moving to capitalize on the blockbuster moment when she grilled former Vice President Joe Biden about his opposition four decades ago to federally mandated busing.

The heated exchange between the Democrat from California and Biden – the frontrunner right now in the race for the Democratic presidential nomination – is forcing the former vice president’s campaign to play defense – spotlighting that his decades-long record on civil rights is “unassailable.”

In his first remarks since the debate, Biden defended his record, saying in Chicago, “I heard and I listen to and I respect Sen. Harris. But we all know that 30-60 seconds on campaign debate exchange can't do justice to a lifetime commitment to civil rights.”

Biden made the comments at an event organized by Rev. Jesse Jackson’s Rainbow PUSH Coalition. Speaking directly to Jackson, he said: “I know you know I fought my heart out to ensure civil rights and voting rights and equal rights are enforced everywhere.”

On Friday, the Harris campaign highlighted a surge in on-line fundraising in the wake of the debate.

And while the showdown among ten of the nearly two-dozen Democratic presidential contenders was still underway, Harris officials used the senator’s campaign twitter account to tweet out a photo of the candidate as a young girl with the words she had used minutes earlier -  “There was a little girl in California who was bussed to school. That little girl was me.”

By the end of the night, the campaign started selling t-shirts emblazoned with the photo.

The campaign’s quick actions came after Harris challenged Biden over his civil rights record and comments he recently made highlighting his ability four decades ago to find common ground with segregationist senators he disagreed with in order to pass legislation. Those comments quickly re-sparked a controversy that Biden had been dealing with for nearly two weeks.

Harris told Biden that she didn’t believe he was a “racist,” but considered his recent comments about being able to work with segregationist senators early in his career “hurtful.”

“You worked with them to oppose busing,” Harris then said, referring to his efforts to limit federal orders for school desegregation by busing. In an emotional moment, she then told her own story of being bused as a little girl in California.

The breakout moment could give a boost to Harris, who came out of the gate full-steam-ahead as she launched her campaign in January. But in recent months, she’s been overshadowed by Biden and other top-tier rivals such as Sens. Bernie Sanders of Vermont and Elizabeth Warren of Massachusetts, and by the meteoric rise of South Bend, Indiana Mayor Pete Buttigieg.

Google noted that Harris was the top trending topic across the country following her dissection of Biden.

The timing of the extra infusion of contributions is fortuitous, as all eyes will be on the fundraising reports the campaigns will start revealing after the second quarter of fundraising comes to a close on Sunday.

Asked after the debate what her follow-up act would be, Harris told Fox News’ Peter Doocy “prosecute the case against Donald Trump.”

The former California attorney general and San Francisco district attorney went into the debate hoping to make the case to a national audience that thanks to her prosecutorial skills, she would be the best Democratic contender to go toe-to-toe with Republican President Donald Trump.

“If you want to put Vice President Biden’s record on civil rights up against anybody else on that stage, he’ll stand the test of time,” senior adviser Symone Sanders told reporters right after the debate.

Biden - who is cherished by many Democrats for his tireless efforts to help fellow party members on the campaign trail, his eight years as former President Barack Obama’s right hand man, and his history of overcoming devastating personal tragedies – appeared shocked when questioned by Harris.

His top aides characterized the contentious moment as a “low blow.”

But Harris defended her verbal takedown of the former vice president, emphasizing, “I have a great deal of respect for Joe Biden. I think Joe Biden has lived and worked a very long career of dedicated public service. And there is a lot of work that Joe Biden has done that I applaud, but this is one issue on which we disagree.”

While it was far from a good night for the frontrunner, there’s a long history of presidential candidates bouncing back from poor debate performances. And this was just the first round in a long series of debates over the next seven months, leading up to the kickoff of the primary and caucus calendar next February.

Former Democratic National Committee chair and Fox News contributor Donna Brazile pointed on ‘Fox and Friends’ Friday morning to “a very, very long primary season where we are going to have debates each and every month until we choose our nominee.”