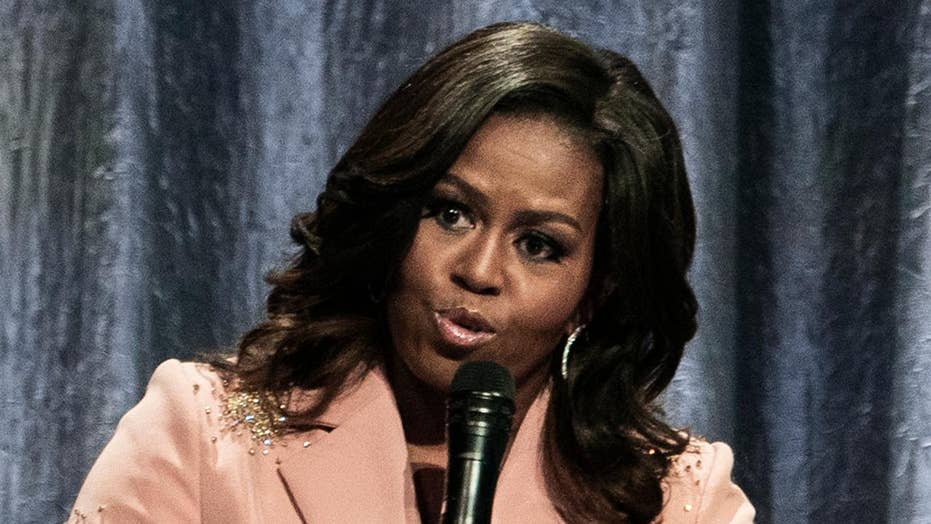 Obama, in an interview with late-night host Stephen Colbert, compared America to a teenager and life under President Trump to living with a divorced father.

“Sometimes you spend the weekend with a divorced dad. That feels like fun but then you get sick," Obama told Colbert. "That is what America is going through. We’re kind of living with divorced dad.”

Hannity was upset with the characterization and discussed it with Fox News’ Geraldo Rivera and Tammy Bruce.

Rivera agreed with Hannity that the comments were “demeaning and insulting” but called the comments a “rare misstep.”

“She's equating, she's reduced us to a sexist stereotype with a bad parent who gives candy and lets the kids watch too much TV because we have a guilty conscience about the breakup of the marriage. I think it's a rare misstep though Sean, in fairness,” Rivera said.

“No passes here on that,” Hannity said.

Bruce called out Obama for using gender stereotypes and not only insulting to divorced fathers but women as well.

“The problem here is it's not just insulting to men and for every woman and man out in that audience who didn't quite know why she was insulting them but it relies also on the other side of the coin which is the gender stereotype of women that all women are supposed to be either great mothers or only women can raise children or only women can be good parents,” Bruce said.