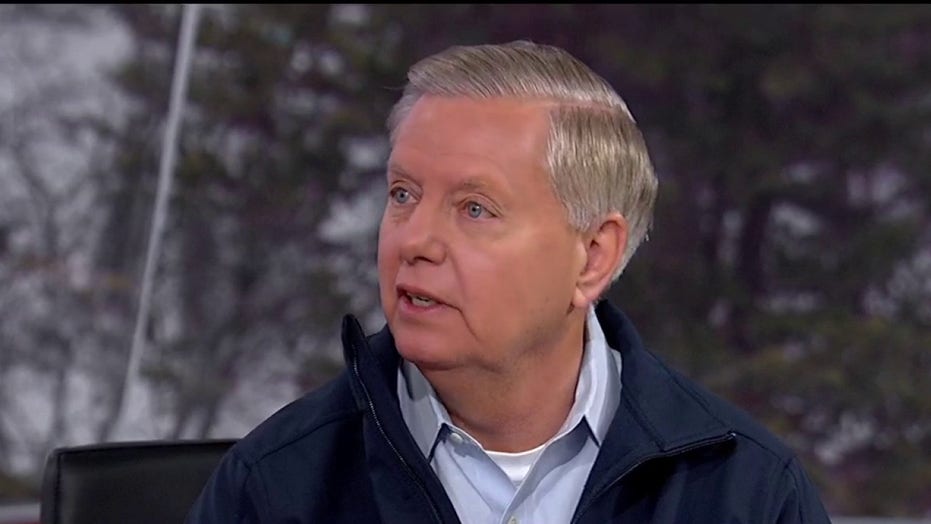 Republicans were not happy with President Biden’s assertion that his policies were not to blame for the surge in migrants at the southern border.

"It’s clear he does not have the situational awareness he needs to understand what is going on at the border or how to fix it," Sen. Lindsey Graham, R-S.C., said of Biden’s response to immigration questions in his first news conference as president.

"What he did today was entice people to come, not deter them from coming," Graham later added of Biden's performance.

Biden was asked Thursday whether he had rolled back Trump-era immigration policies "too quickly."

He said those policies, such as the "Remain in Mexico" policy, funding for the border wall and interior immigration enforcement mechanisms, "were not helping at all, did not slow up the amount of immigration."

"Rolling back the policies of separating children from their mothers?," the president said.

"What’s sad is that President Biden doesn’t understand the basics about the current dynamic at the border and the "pull" factors of illegal immigration," Graham continued.

Sens. John Barrasso, R-Wyo., and Tom Cotton, R-Ark., tweeted photos of migrants wearing shirts with Biden’s name on them and the words, "Please let us in!"

The number of migrants arriving at the southern border plunged in 2020 from a high in May 2019 after the pandemic closure of the border and former President Trump’s policy making asylum seekers wait in Mexico while their claim is being processed, along with stronger enforcement and a "zero-tolerance" policy at the border.

While Biden said he will not send back any minors who arrive at the border, he said it is his goal to turn away all families.

"Some families are not going back because Mexico is refusing to take them back. Some, not all," the president said.

"We’re in negotiations with Mexico. That's going to change. They should all be going back," Biden continued.