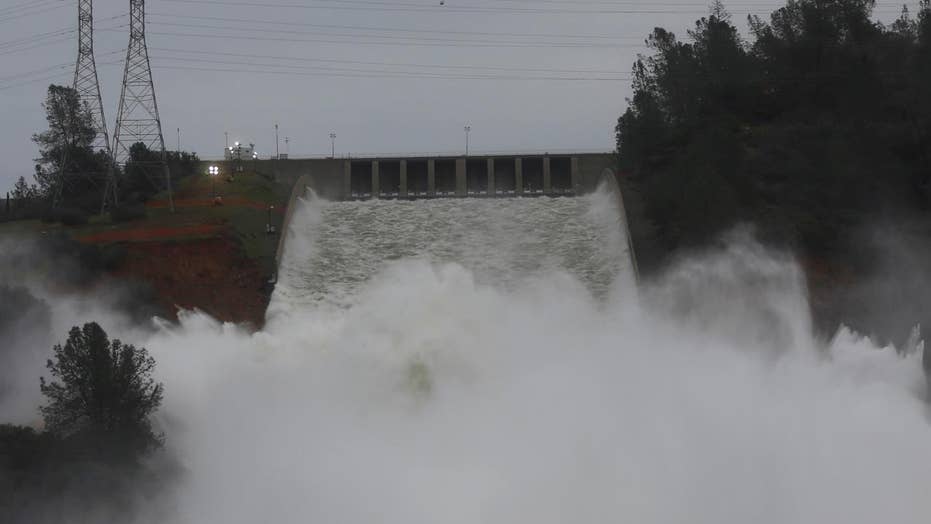 Experts say the clock is ticking at the Oroville dam

California Gov. Jerry Brown has unsealed previously secret memos related to repair plans and safety issues at the damaged Oroville Dam, but his administration's alleged refusal to be transparent about the contract bidding process and overall project costs has some state legislators frustrated.

In testimony before the state Senate Natural Resources and Water Committee hearing on Tuesday, the acting director of California’s Department of Water Resources (DWR), Bill Croyle, admitted he knew none of the details of the $275 million contract awarded to repair the Oroville Dam, which was damaged in February.

“I give them credit for opening up the reports and that is good moving forward. But we have to make sure the repairs are done on time and on budget. The acting director could not tell us who was responsible for negotiating the contract. He should know,” said State Sen. Jim Nielsen, who sits on the budget subcommittee that oversees the water project, and whose district includes Oroville.

The state awarded the $274 million contract to the Nebraska-based Kiewit Infrastructure West, which had proposed the lowest-cost bid among three companies. However, Kiewit’s offer was $44 million more than a $231.7 million estimated by DWR engineers and almost $100 million more than initial estimates by the state.

“We need to know more about these contracts and the deliverables. We want to know what benchmarks have been set and what penalties will be enforced if they go over the time or budget,” Nielsen told Fox News in an interview after Tuesday’s hearing.

While the Brown administration did allow some light to be shined on repair plans, state officials continue to cite national security concerns as justification for keeping the veil on the Kiewit contract.

David Gutierrez, an adviser to the DWR, told reporters in a Monday conference call that Kiewit would be responsible for rebuilding and stabilizing the dam’s main and auxiliary spillways before November’s rainy season but would not address the full scope of their work.

Gutierrez is the former chief of the division of safety of dams at DWR, which has the responsibility to ensure safety of the emergency and auxiliary spillway.

The actions of the Brown administration have been under scrutiny since Feb. 7, when a crack opened in the main spillway at the dam. As rain poured down on the state, state officials told the public there was no imminent danger.

Four days later, water flowed over the emergency spillway for the first time in the state’s history and one day later officials evacuated almost 200,000 residents.

The Brown administration’s reluctance to be upfront about the costs is not surprising to Anthony Francois, a senior attorney with public interest group Pacific Legal Foundation.

“The lack of transparency [about the costs of Oroville] is understandable when you take in the context of the governor’s other pet project. High-speed rail is coming off the tracks and it is mired in controversy, well off the initial scheduled and facing escalating costs every day,” says Francois.

In 2014, the foundation went to court to block the sale of $8.6 billion in California High Speed Rail bonds, asserting that the state was attempting to evade statutory and constitutional accountability.

The California High Speed Rail Authority was given its latest court victory on Wednesday when a California judge allowed the bullet train project to move forward, but delayed a final ruling on the case.

The fear of Nielsen and his colleagues that the costs of Oroville repairs could spiral out of control are well-founded.

The high-speed rail project began in 2008 when California voters approved a proposition to direct $9.95 billion in bond seed money with the pledge that construction of the first segment will go forward after the funding was secured. At that time the cost was estimated to be $40 billion, but has escalated to $64 billion and construction is years behind schedule.

Brown vetoed efforts to bring accountability to the high-speed rail project, contending the legislation was unnecessary.

“As with other projects of this magnitude, state law requires strict standards of accountability and transparency, and I have every expectation that the authority will meet these high standards,” said the governor in his veto announcement.

Brown also vigorously fought to defeat California’s Proposition 53, which would have required voter approval for the state to sell a total of more than $2 billion worth of revenue bonds for large public works projects.

According to the report, it could cost $9.5 billion to $10 billion, compared with the original budget of $6.4 billion. Two months later, the two firms awarded the contracts to build the high-speed rail requested an additional $300 million on their fixed-price contracts.

On April, the Trump administration approved $274 million in federal recovery aid for Oroville, but the funds are directed toward preliminary repairs of the dam and are expected to run out in May.