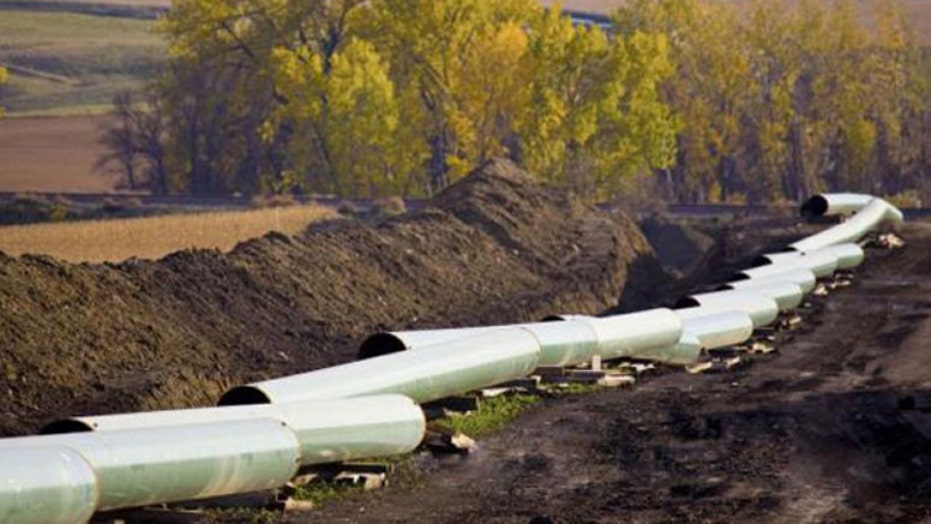 The Republican wave Tuesday could bring a gusher of oil down from Canada, as GOP gains in the Senate appeared to give backers of the Keystone XL pipeline a filibuster-proof majority.

The long-delayed final phase of the tube, envisioned as bringing oil from Alberta’s tar sands and North Dakota's Bakken formation oil fields to Gulf Coast refineries, moved a major step forward as Republicans took control of the Senate. While Canadian oil is already piped into the U.S. via the existing, circuitous portion of the pipeline, the final phase would create a nearly straight shot from Alberta to Houston.

"I think you're going to see us bring up energy legislation right away and Keystone will be one of the first things we pass," Sen. John Hoeven, R-N.D., said late Tuesday.

The TransCanada-built pipeline, which would cross over an aquifer in Nebraska, has been held up for six years by environmental and even diplomatic concerns. President Obama, under pressure from environmental groups, has repeatedly ordered reviews by the State Department.

Proponents say the alternative of transporting the oil south by rail is more of an environmental risk, and say the Phase IV expansion would bring more than 800,000 barrels of oil per day to U.S. refineries from Canada and the Bakken region. The American Petroleum Institute claims a fully built pipeline could support 42,000 jobs and as many as 500,000 additional jobs in the U.S. by 2035.

Even before Tuesday’s elections, the pipeline has support from at least a dozen Senate Democrats and the entire Republican caucus. After Republicans picked up at least seven Senate seats, the number of  Keystone supporters stood at 61.

Republicans Mike Rounds, of South Dakota; Shelley Moore, of West Virginia and Cory Gardner and Joni Ernst, both of Iowa, all back the project.

Incoming Senate Majority Leader Mitch McConnell, of Kentucky, has signaled he is eager to hold a vote on the project, and he now appears to have the numbers to surmount a filibuster. Obama could still veto the measure, unless the number of senators supporting the project climbs to 67.

But with polls showing as many as two-thirds of Americans support the pipeline, a strongly backed bill from the Senate would ratchet up the pressure on President Obama to approve the project.

“I actually think the president will sign the bill on the Keystone pipeline because I think the pressure — he’s going to be boxed in on that, and I think it’s going to happen,” Republican National Committee Chairman Reince Priebus said Tuesday.

On Wednesday afternoon, President Obama gave few clues as to where he stood on the pipeline.

"On Keystone, there’s an independent process," he said. "It’s moving forward and I’m going to let that process play out.