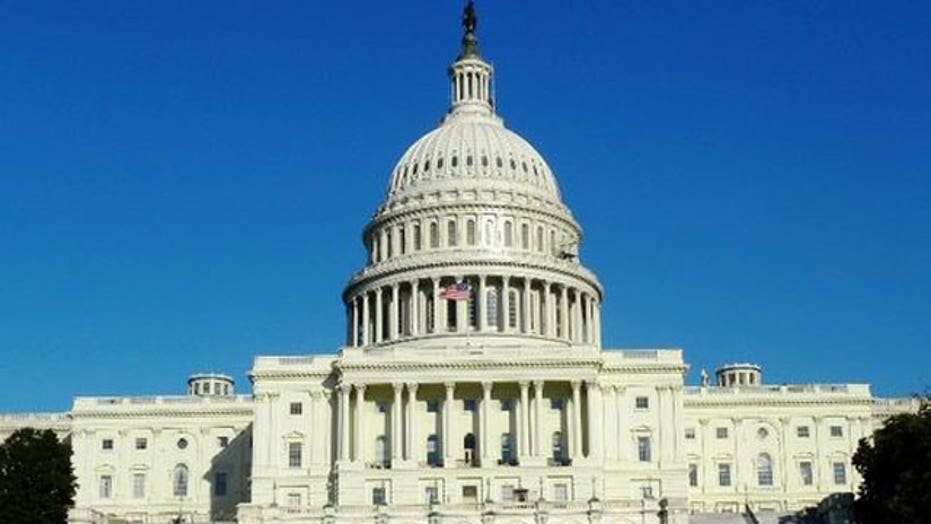 Top issues Congress must deal with in 2015

When you fix one thing, you don’t want to break another.

House Republicans are all too aware of this axiom as members jet into Washington over the next few days to launch the 114th Congress on Tuesday.

The GOP will feature a robust, 246 seats in the House. That’s the largest Republican House majority since the Great Depression. Republicans also captured the Senate and will start the Congress with 54 seats.

A Republican-controlled House and Senate. This is precisely what the GOP asked voters for. Republicans are especially energized about these prospects to serve as a check on President Obama and his policies, which many on the right view as out-of-step with the country.

The House plans not one but two votes next week on ObamaCare. The House is also teeing up a bill to expedite construction of the Keystone pipeline. Incoming Senate Majority Leader Mitch McConnell, R-Ky., says a Keystone bill is the first measure his body will tackle.

House Republicans may even try to tackle a bill this month to show how they would cut into Obama’s executive order on immigration by tightening the purse strings on the Department of Homeland Security.

In short, Republicans aim to focus on the issues and demonstrate their political bona fides. They don’t want to fumble to start the new Congress.

Just a few days ago, Republicans looked as though they may face one big headache in the new year. The issue centered on a solitary member. But it threatened to command lots of headlines and serve as a general problem for the party. But that issue resolved itself. Rep. Michael Grimm, R-N.Y., initially planned to remain in office despite his guilty plea on federal tax evasion charges just before Christmas.

Grimm’s presence on Capitol Hill at the start of the new Congress would serve as a distraction for the Republican majorities. Reporters would pursue Grimm down hallways, hounding him about whether he was fit to serve. The press would inevitably pepper GOP leaders with questions about whether they would move to expel Grimm.

After his court appearance, Grimm declared he intended to say in Congress. But a few days later, Grimm reversed himself and announced his intention to quit. Grimm’s pending resignation foamed the flames of one GOP problem. But just as Grimm agreed to step aside, another more cyclonic political storm developed.

Grimm may have been a relative backbencher. But that’s not the case for House Majority Whip Steve Scalise. Word came this week that the Louisiana Republican spoke to a white supremacist group associated with David Duke 13 years ago when Scalise served in the state legislature.

If this controversy erupted when Congress was in session, it’s possible (possible) it may have run its course by now and been laid to rest. But the Scalise story emerged over the holiday recess in the middle of a congressional information vacuum -- to say nothing of a numbingly slow news period. That means that whatever developments that may have percolated with Scalise over the past few days won’t fully form until next week.

Scalise has generally kept his head down since the news broke. He released a statement to reporters saying it “was a mistake I regret” and “wholeheartedly condemn” the views of the group. The whip declined an invitation to appear on “Fox News Sunday” to discuss the misstep. House Speaker John Boehner, R-Ohio, declared that his colleague’s decision to speak to the group “was an error in judgment.” But Boehner added he knows “Steve to be a man of high integrity and good character. He has my full confidence as our whip.”

The fact that Boehner had to tell the world that Scalise has the speaker’s “full confidence” reflects the potential volatility of this story.

It also reflects the depth of the consequences for the top echelons of the House Republican leadership. After all, this controversy touches on race -- an issue that is bathed in footlights after incidents in Ferguson, Mo., on Staten Island and the murders of two New York City cops.

Moreover, the GOP generally struggles with appealing to black voters, though they elected several Republican persons of color to congressional ranks this cycle.

Naturally, Democrats sense blood in the water and went for the jugular.

Some Republicans winced privately about Scalise’s association with the group. Other Republicans whispered about his somewhat bumpy start as the top GOP vote counter.

House Republicans elected Scalise to the job in mid-June with the presumption he would formally take over the whip post during the dormant August recess.

As the newest senior member to the House Republican leadership, the public and many in politics have barely unwrapped Scalise. Some opportunists seek to define him specifically on the race topic.

Democrats aimed to paint many Republicans in the extreme for associating with a group that is so politically radioactive.

Congress hasn’t been in session much since Scalise’s election to the leadership.

On one hand, it may seem that such a respite would enable him to develop his sea legs in the leadership. But the hiatus also has a downside. At the end of July and early August, Scalise was only partially on the job as Republicans struggled to approve their own plan to tackle the border crisis.

The GOP-plan went through several iterations before leaders rolled out the bill. Then the House appeared to lack the votes to pass the GOP plan. Congressional leaders were on the verge of sending everyone home for the August recess until they decided to rework the package yet again and hold members in Washington for an extra day-and-a-half before adopting the rejiggered measure.

It wasn’t fair to pin the uncertainty associated with that vote on Scalise because technically, he wasn’t supposed to be on the job yet to whip the vote. But once the calendar flipped to August 1 and members were still here, fair or not, Scalise was the de facto whip and took some heat in the press.

There were also issues in mid-December when the Republican majority struggled to clear a major procedural hurdle to bring the so-called “CRomnibus” spending bill to the floor to avoid a government shutdown.

After some arm-twisting, Republicans clumsily vaulted the procedural barrier by a single vote. The GOP majority had to rely on lots of Democrats to pass the overall bill. The House went into a nearly seven-hour recess as CRomnibus supporters from both sides of the aisle tried to nail down the votes.

Again, the predicament was not all Scalise’s fault. But some GOP Scalise detractors are unimpressed with his vote-counting skills.

That criticism may be fair to Scalise. But the race controversy hits as he has a limited body of work in leadership. Scalise really hasn’t had a chance to fully ensconce himself in the leadership suite with Congress in session. Some Scalise opponents may use any excuse to come after him. And some of those adversaries are on the right.

Fair to Scalise? Not at all. But it reflects how things work in Washington. Moreover, there’s precedent for this when it comes to scandals involving congressional leaders and the race issue.

Since Congress is away, the shelf-life of Scalise’s troubles are hard to read. This may blow over very quickly or a more muscular news story may shove it aside. But keep in mind the controversy involving then-Senate GOP Leader Trent Lott, R-Miss., in 2002.

Lott spoke at the 100th birthday celebration for the late-Sen. Strom Thurmond, R-S.C. During his remarks, Lott implied that some of Thurmond’s formerly segregationist attitudes (later self-denounced) may have actually been good for the United States.

Lott’s remarks simmered quietly on a back news burner for several days before exploding as a full-blown conflagration. The tempest ultimately cost the Mississippi Republican his leadership post.

Fair to Lott? Not entirely. But this is Capitol Hill.

Before the Thurmond episode, there were also daggers out for the Mississippi Republican. Many were in senior Republican circles on Capitol Hill and in the administration of President George W. Bush. Lott adversaries viewed the leader as too conciliatory toward Democrats. They held particular contempt for Lott after he agreed to cede control of the Senate to Democrats once the late-Sen. Jim Jeffords, I-Vermont,  dropped his GOP affiliation and caucused with the other side. Jeffords’s maneuver propelled Democrats to the majority in the spring of 2001.

In early 2001, the Senate was evenly-divided 50/50. Republicans held a nominal advantage as then-Vice President Cheney could break ties. So Lott and the Democratic leader, Sen. Tom Daschle, D-S.C., forged a power-sharing arrangement. Republicans would control the Senate so long as they had a majority of seats or Cheney served as tiebreaker. However, Democrats would take the helm if they added seats at some point during the Congress.

Once Jeffords abandoned the GOP, Lott’s foes increased in number. Some were incensed he relinquished control. They argued that Lott should have fought hammer and tong for Republicans to maintain the majority. They pointed out that in the mid-1950s, Republicans never turned over the majority to Democrats in the middle of a Congress -even though at one point, Democrats held more seats.

Lott’s enemies were simply looking for a reason to pounce. And when an issue as toxic as race reared its head, Lott’s antagonists shoved him out the door.

It’s unknown if such political animus lurks around the corners for Scalise. But the universe surrounding his controversy hasn’t quite formed. Granted, some Democrats, including former Sen. J. Bennett Johnston, and Rep. Cedric Richmond, Louisiana Democrats, have spoken highly of the majority whip since the scandal hit the headlines.

But back on Capitol Hill, Scalise will have to face the issue head on next week. Reporters will hound him in the hallways. Rank-and-file members from both bodies and congressional leaders will have to answer questions about Scalise.

Will the GOP bring Scalise to speak publicly at leadership events --tempting the press to ask him about the issue? Or would Scalise’s conspicuous absence fan the flames? Congressional Republicans will also be back in the same place for the first time in weeks and get the chance to mull over the issue with one another.

The holidays and break between the two Congresses deferred the usual course surrounding the Scalise story. And in a few days, we’ll know if this dies down or has legs.