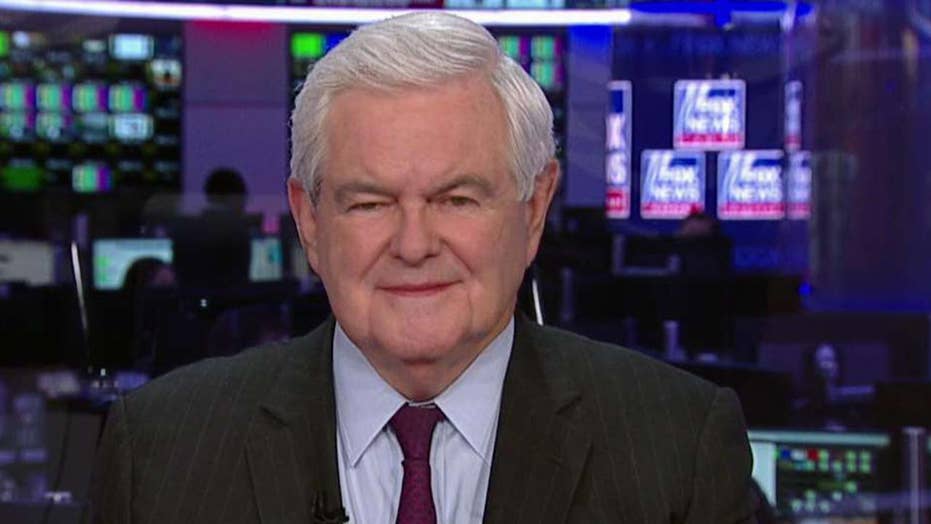 Gingrich: The left's effort to erase America's history is wrong

Former House Speaker Newt Gingrich on Tuesday said the report by the Washington Post that Special Counsel Robert Mueller reached out to Attorney General William Barr and let him know that his summary “did not fully capture the context, nature, and substance” of the Russia investigation was leaked by someone seeking to “maximize the embarrassment” ahead of Wednesday’s hearings.

"The 'Deep State' and Washington has played these games for the whole history of the country, this is not something new,” Gingrich said on the “Ingraham Angle.”

In a late-breaking article, the Post reported that Mueller contacted Barr-- in a letter and phone call-- to express concerns after Barr released his own public summary of the report in March. Mueller reportedly pushed Barr to release the executive summaries written by his office.

However, according to both the Post and the Justice Department, Mueller made clear that he did not feel Barr's summary was inaccurate. Instead, Mueller told Barr that media coverage of the letter had "misinterpreted" the results of the probe concerning obstruction of justice.

Barr is expected to appear before the Senate Judiciary Committee Thursday.

The Post's headline was entitled, "Mueller complained that Barr’s letter did not capture ‘context’ of Trump probe"

Gingrich brushed off the report.

“After all the noise you just shrug your shoulders and say, ‘so what?’ Mueller had every opportunity to come out the day that Barr released his letter. Mueller could have at any point decided to refute it and as I understand the actual key sentences, the distortion is by the news media. The distortion is not by Barr,” Gingrich said.

Gingrich added, "Think about this. The media that Mueller is complaining about are the people who are now using Mueller’s complaint to further distort what is going on. You couldn't make this up.”