President Trump’s legal team Saturday formally requested a recount in Georgia -- a day after the state certified the election for President-elect Joe Biden.

In Georgia, a campaign has the right to ask for a recount when the difference between the candidates' vote tallies is within a half-percent.

“We are focused on ensuring that every aspect of Georgia State Law and the U.S. Constitution are followed so that every legal vote is counted,” the Trump 2020 Campaign said in a statement. “President Trump and his campaign continue to insist on an honest recount in Georgia, which has to include signature matching and other vital safeguards.”

The recount is expected to start next week, according to the Atlanta Journal-Constitution.

Following a hand recount last week, Biden was declared the winner of the state's election by 12,670 votes, or a quarter of a percent.

President Trump gained nearly 900 votes after the first recount when stashes of uncounted ballots were found in four counties.

The first recount stemmed from a mandatory audit requirement and isn’t considered an official recount under the law.

State law requires that one race be audited by hand to ensure that the machines counted the ballots accurately, and Secretary of State Brad Raffensperger, a Republican, selected the presidential race.

Because of the tight margin in that race, a full hand count of ballots was necessary to complete the audit, he said.

Trump and other Republicans have called out Raffensperger and Gov. Brian Kemp, also a Republican, for certifying the results.

The president called the manual recount a “joke” and claimed an additional audit comparing voter signatures would have found “illegal ballots.” 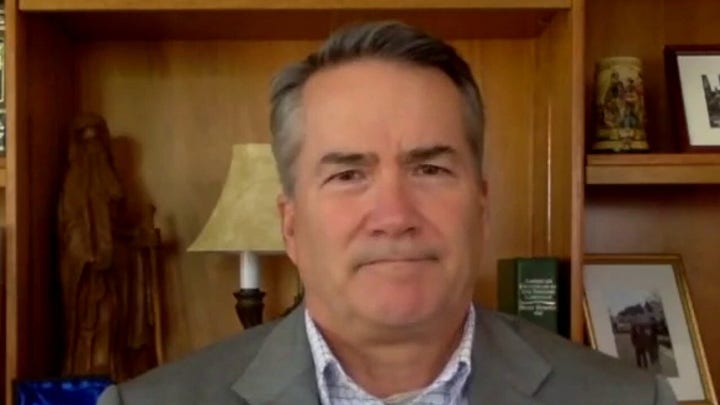 Signatures on absentee ballot applications and envelopes are required to be checked when they are received in the state but after the security envelope is separated from the ballot -- and due to Georgia privacy laws -- it’s impossible to check them again, the Journal-Constitution reported.

“Let’s stop giving the people false results,” the Trump campaign said in a statement after the hand recount confirmed Biden's win, according to the Journal-Constitution. “There must be a time when we stop counting illegal ballots.”

Jaclyn Rothenberg, a spokeswoman for the Biden campaign, said another recount would “simply reaffirm Joe Biden’s victory in Georgia a third time.”

She added, "Last week’s recount reaffirmed what we already knew: Georgia voters selected Joe Biden to be their next president. As the secretary of state said, there is no reason to believe there are widespread errors or fraud and the Trump campaign has no evidence to back up their baseless claims."