MLB’s decision to move the All-Star game out of Atlanta, Georgia is set to cost Cobb County more than $100 million in lost tourism revenue.

On Monday, Jobs Creators Network CEO Alfredo Ortiz joined "Fox & Friends" to discuss how the "economic damages" of MLB’s move acts as another blow to the city’s economy, following the coronavirus pandemic and the threat of higher corporate taxes and federal regulation from the Biden administration.

"[Georgia] is barely making it out of this pandemic," Ortiz said. "And now they’re faced, under the Biden administration, with potentially higher taxes, a higher minimum wage, more red tape and regulations, and now this."

Ortiz said the economic benefit of the game was an "opportunity" for small businesses in Cobb County, particularly minority-owned businesses, to generate much-needed revenue for an already strained city economy.

The CEO added that mounting political pressure on the MLB to pull the game out of Georgia was due to a "misrepresentation" or an "outright lie" regarding the controversial voting law recently passed in the state.

"The bottom line is that law, it just makes it easy to vote and hard to cheat," Ortiz told Ainsley Earhardt.

Ortiz laid the blame on corporations and CEOs perpetuating the "myth" that led to the pullout by MLB. 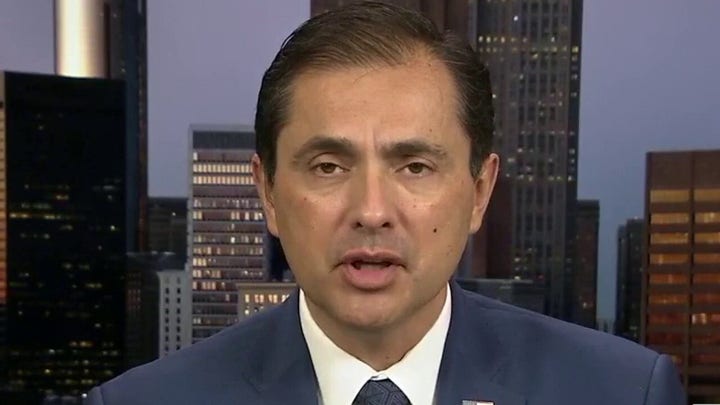 "I expect that out of politicians and political talking heads and operatives, like Joe Biden or Stacy Abrams, but I just don’t expect that out of our CEOs or corporations that I think should be held to a higher standard and need to be held accountable."

Despite the potential economic hit to the city, Atlanta Mayor Keisha Lance Bottoms threw her support behind MLB’s decision to move the All-Star Game out of Georgia Friday.

"Just as elections have consequences, so do the actions of those who are elected," the Democratic mayor wrote on Twitter. "Unfortunately, the removal of the All-Star game from GA is likely the 1st of many dominoes to fall, until the unnecessary barriers put in place to restrict access to the ballot box are removed."

But Georgia Gov. Brian Kemp’s opinion on the issue stands in stark contrast to the city’s mayor. Kemp has flatly rejected criticisms from the White House and corporations, saying The Election Integrity Act makes it "easy to vote and hard to cheat."

Major corporations like Coca-Cola, Delta Airlines and Uber, all spoke out against the law and have backed MLB’s decision.