A photo sent via Twitter shows Sully lounging at the feet of Former President George H.W. Bush and former President Bill Clinton, who had been visiting on Monday.

Former President George H.W. Bush welcomed company Monday — one a presidential visitor, and the other who will stay as a new member of the family.

The 94-year-old dog lover and his new service dog — a yellow Labrador retriever named Sully — got acquainted Monday at the Bush compound on the coast in Maine.

Sully had been trained by America’s VetDogs, a nonprofit that provides service dogs.

Bush aide Evan Sisley said the dog — who hit it off with Bush — can open doors, pick up items and summon help, but that “more than anything else the dog will be a wonderful companion.”

Bush also greeted one of his former competitors.

A photo posted on Twitter shows the nation’s 41st and 42nd presidents sharing a moment as Bush shows off a pair of “Bill Clinton socks.”

Clinton ended Bush’s plans for re-election in 1992, but both Bush, and his son, former President George W. Bush, are now friends with Clinton.

The elder Bush enjoys wearing colorful socks and wore socks with books on them to honor his late wife’s commitment to literacy at her funeral.

Barbara and George Bush were married for 73 years before her death on April 17 in Texas. 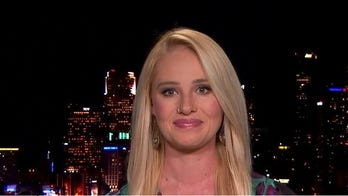