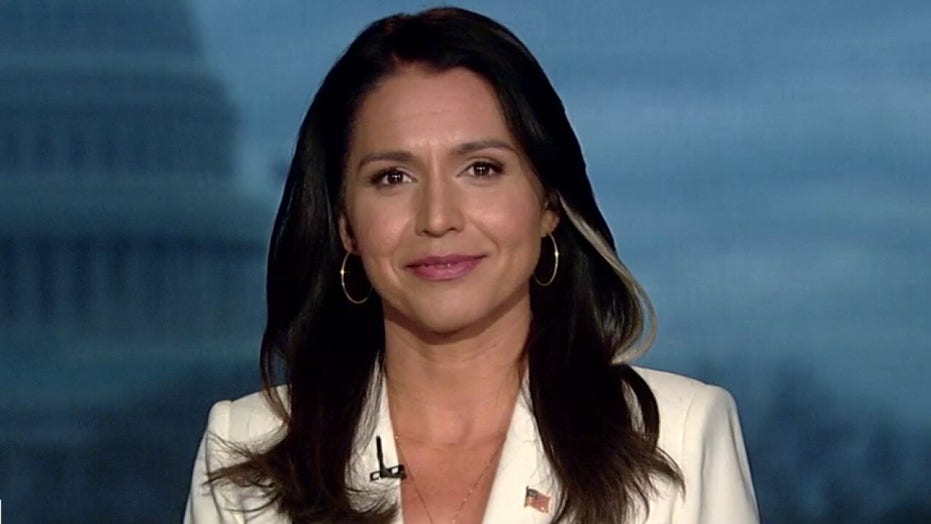 Tulsi Gabbard: Partisanship getting in the way of protecting Americans from coronavirus

Democratic presidential candidate Tulsi Gabbard weighs in on federal and local responses to the coronavirus pandemic.

Democratic presidential candidate Rep. Tulsi Gabbard is pushing for universal basic income payments – made popular by former 2020 rival Andrew Yang – as a way to provide instant relief to Americans affected by an economic downturn caused by the coronavirus outbreak.

Gabbard, a four-term Democratic representative from Hawaii, on Thursday evening introduced a resolution that would provide temporary payments of $1,000 per month to Americans.

“The coronavirus pandemic has created a threat to the health and well-being of the American people, as well as to our country’s economic stability," Gabbard said in a statement.

She said that "while some in Washington are focused on taking care of Wall Street, everyday Americans get left behind. That’s wrong. Instead, we must act swiftly to provide a temporary universal basic payment of $1,000 per month to every American adult to help them weather the storm created by this crisis. Taking care of all Americans will stimulate our economy during this downturn."

Congress and the Trump White House are grappling with how best to assist workers, families, small businesses, and big industries that are or will be hit hard by the quickly spreading virus that causes COVID-19. The two major Democratic presidential candidates – former Vice President Joe Biden and Sen. Bernie Sanders of Vermont – on Thursday both gave addresses presenting their plans to assist Americans coping with the crisis.

A $1,000 per month universal basic income was the centerpiece of Yang’s presidential campaign. The tech entrepreneur was the longest of long shots when he announced his candidacy, but thanks to his pitch for a so-called "Freedom Dividend" to all adult Americans, his campaign gained strength and support. Yang eventually dropped his White House bid hours after a poor showing in New Hampshire’s Feb. 11 primary.

Gabbard has embraced the concept of universal basic income. In an apparent effort to try and attract Yang supporters, Gabbard said hours after Yang ended his bid that she would continue “to carry the torch” for his Freedom Dividend.

Gabbard is also an extreme long shot for the Democratic nomination. Even though she’s won only two convention delegates – a minuscule amount compared to Biden’s 881 delegates and Sanders’ 725 – she remains in the nomination race.

In Tuesday’s contests, she won less than 1 percent on the vote in the Michigan, Missouri, Mississippi and Washington state primaries, grabbing fewer votes than candidates who already had dropped out of the race but whose names remained on the ballot.