Kavanaugh op-ed: I said a few things I should not have said

A friend of Christine Blasey Ford told FBI investigators that she felt pressured to clarify her original statement regarding an alleged sexual assault involving Supreme Court nominee Brett Kavanaugh, according to a Wall Street Journal report.

Ford identified Leland Ingham Keyser, a former classmate, as having attended a house party Maryland in the early 1980s, in which she accused Kavanaugh of pinning her to a bed, attempting to remove her clothes and putting his hand over her mouth when she tried to scream.

Keyser originally said in a letter to the Senate Judiciary Committee on Sept. 23 she “does not know Mr. Kavanaugh and she has no recollection of ever being at a party or gathering where he was present.” After Kavanaugh and Ford testified in front of the committee last week, Keyser wrote a letter to the committee dated Sept. 29 that said she did not refute Ford’s claims, but “is unable to corroborate it because she has no recollection of the incident in question," according to CNN.

Keyser told the investigators that she was -- as the Journal notes -- urged to clarify her statement by Monica McLean, a former FBI agent and friend of Ford’s, the paper reported, citing people familiar with the matter.

“Any notion or claim that Ms. McLean pressured Leland Keyser to alter Ms. Keyser’s account of what she recalled concerning the alleged incident between Dr. Ford and Brett Kavanaugh is absolutely false,” attorney David Laufman said in a statement to Fox News.

A person close to the former classmates told the Journal she believed mutual friends of both Ford and Keyser – including McLean – simply reached out to Keyser to warn her that her statement was being used by Republicans as vindication for Kavanagh and if she felt she needed to clarify what she meant, she should. The person said the mutual friends did not “pressure” Keyser.

Howard Walsh, a lawyer for Keyser, declined to comment to the Journal.

Kavanaugh, along with his allies, reportedly lobbied to bolster his defense ahead of a New Yorker report on Sept. 23 that published allegations from Deborah Ramirez, who claimed the federal judge exposed himself to her at a university party while at Yale.

According to the journal, a former classmate of Kavanagh’s received a call from “Brett’s guy” and was asked to “go on the record,” the paper reported citing a memo of the conversation from another friend.

The FBI was tasked by Trump last week to look into allegations of sexual misconduct leveled against Kavanaugh by three women – including Ford.

The Senate Judiciary Committee, along with the White House received the FBI's supplemental background investigation into Kavanaugh on Wednesday. 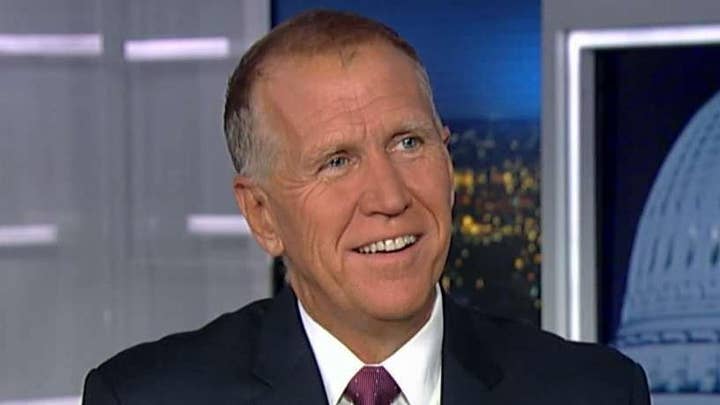 The White House and the Senate received additional information from the FBI on Thursday, including text messages between Keyser and McClean, according to the Journal citing a source.

Senate Judiciary Committee Republicans released an executive summary of the FBI's confidential supplemental background investigation into Kavanaugh late Thursday, which key swing-vote senators vowed they would continue to review Friday ahead of a major vote on his confirmation.

According to the summary of the report, FBI agents interviewed 10 people and reached out to 11. They focused exclusively on witnesses with potential first-hand knowledge of alleged sexual misconduct by Kavanaugh.

A major procedural vote in the Senate is scheduled to take place on Friday morning on Supreme Court nominee Brett Kavanaugh's confirmation, as three of four key moderate swing-vote senators are "trying to get to yes," a GOP source told Fox News.

Those senators -- Arizona Republican Jeff Flake, West Virginia Democrat Joe Manchin, Alaska Republican Lisa Murkowski, and Maine Republican Susan Collins -- have kept their options open throughout the nomination process, but there were outward indications that at least some of them will ultimately support Kavanaugh.

Fox News’ Kristin Brown and Gregg Re contributed to this report.