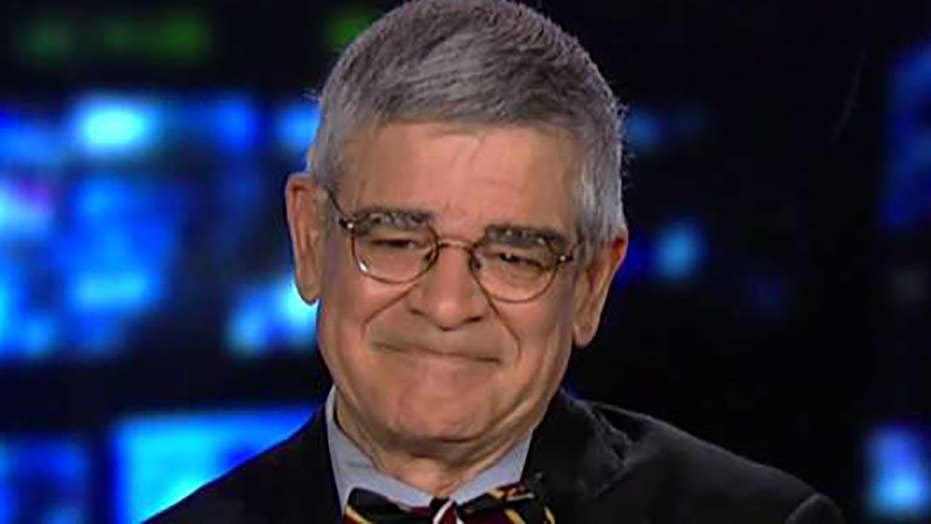 What happens to low-tax states when people fleeing high-tax states settle there?

According to a Fox News Poll released Wednesday, voters’ top tax concern isn’t how much they pay. Instead, they are most concerned about the rich not paying enough (34 percent) and the way the government spends the money (28 percent).

About 1 in 10 say what bothers them most is the amount they pay (12 percent), too many people don’t have to pay at all (12 percent), and the complexity of the system (10 percent).

Compared to 2014, the last time the question was asked, there has been an increase in voters who are troubled that the rich aren’t paying enough (+6 points).  The shift in frustration comes mainly from self-identified liberals (+20) and voters under age 30 (+14 points).  However, it’s not limited to traditional left-leaning groups -- voters ages 65 and over (+14), voters earning $50k and over (+11), and whites without a college degree (+9) are also increasingly bothered by the wealthy not pulling their weight.

“One underappreciated aspect of the past two years is the Democrats have fought the president to a draw on taxes,” says Republican pollster Daron Shaw, who conducts the Fox News Poll with Democrat Chris Anderson. “While the Democrats managed to regain their edge on health care, they also reframed the tax debate in terms of fairness and breaks for the wealthy, which has prevented President Trump and the GOP from gaining any substantial political benefit from their tax reform.”

In December 2017, President Trump marked a campaign promise off his list as the Republican-led Congress passed a sweeping tax reform bill.  At that time, former House Speaker Paul Ryan said, “The message to the hardworking taxpayers of America is:  Your tax relief is on its way.  That is what’s happening here.  The message to the families in America who’ve been struggling, paycheck and paycheck -- your tax rates are going down and your paychecks are going up.”

In addition, the new poll finds 55 percent of voters think their taxes are “too high,” and that’s about where that number has stood since the Fox News Poll first asked the question 15 years ago (2004).

However, while the overall numbers held steady, a role reversal recently took place in the background.

An even bigger swing happened among Republicans -- in the opposite direction. Sixty-eight percent said their taxes were too high in 2017 and 59 percent in 2018.  Now, 50 percent feel that way. That’s an 18-point drop since their candidate won, and a 9-point decrease since passage of the GOP tax reform bill.

“No one ever claimed that partisans are logically consistent,” says Shaw. “With a Republican president, Republican voters are less likely to think their tax burden is unfair. Meanwhile, with Trump in the White House Democrats think taxes are too high -- but they also support substantial increases in federal spending.”

Overall, 37 percent say their tax bill is “about right.”  Three percent think they pay too little.

Trump’s job performance on taxes has taken a hit since last year.  In March 2018, more voters approved than disapproved of him on taxes by 2 points (48-46 percent). Today, he is underwater by 6 (42-48 percent).  Drops in approval among independents (-12 points) and Democrats (-8) account for that downward shift.

“Over a year since Trump signed his tax cuts into law, voters just aren’t feeling it,” says Anderson.  “His job approval for handling taxes is down, while more people say their taxes are too high and the rich aren’t paying their fair share.”

Trump broke with decades-long precedence when he declined to release his tax returns during the 2016 presidential campaign.  He continues to decline to make them public.

But voters want transparency. Three-quarters overall (74 percent) and over half of Republicans (54 percent) believe that, in general, “the president of the United States” should be required to release his or her tax returns.

Indeed, roughly equivalent numbers want that same transparency from “congressional leaders like the speaker of the house and senate majority leader” (76 percent) and “presidential candidates” (72 percent).

New York Sen. Kirsten Gillibrand became the first presidential candidate to release her 2018 tax returns Wednesday challenging her rivals for the 2020 Democratic nomination to do the same.  With the exception of Massachusetts Sen. Elizabeth Warren who, barring 2018, has released a decade worth of tax returns, none of the other candidates have released their own.

The Democratic-led House passed a comprehensive proposal March 8 that would require the disclosure of presidential tax returns.

The Fox News poll is based on landline and cellphone interviews with 1,002 randomly chosen registered voters nationwide and was conducted under the joint direction of Beacon Research (D) (formerly named Anderson Robbins Research) and Shaw & Company Research (R) from March 17-20, 2019.  The poll has a margin of sampling error of plus or minus three percentage points for all registered voters.