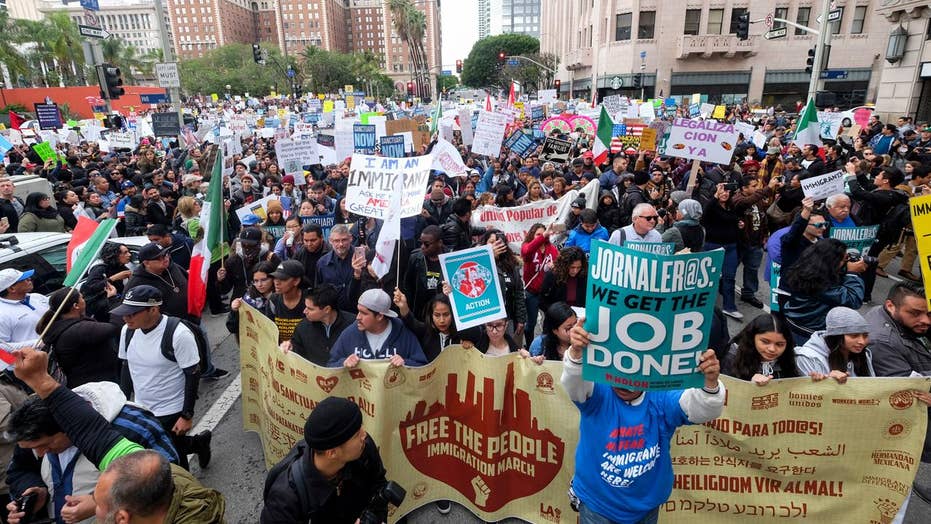 Will anti-Trump protests end up backfiring?

Thousands of protesters have taken to the streets since Donald Trump won the presidential election.

But a majority of voters would tell protesters:  “it’s time to move on.”  That’s according to a Fox News Poll of registered voters released Thursday.

The poll asks, “What message would you like to send to people who are protesting President Trump and his policies?”  Over half, 53 percent, would tell them “it’s time to move on,” while 44 percent would implore them “don’t give up the fight.”

Not surprisingly, these results are highly partisan.  Fully 81 percent of Democrats want the protesters to keep fighting, while even more Republicans (87 percent) say it’s time to move on.

Some of the most widely publicized protests center on women, who voted for Hillary Clinton over Trump by a 13-point margin (54-41 percent), according to the Fox News exit poll.  Those rallies include the Women’s March the day after President Trump was inaugurated and next Wednesday’s, “A Day Without A Woman” strike.

However, women are split on protesting Trump:  49 percent would tell protesters to move on and 48 percent would say “don’t give up.”  That divide comes from 83 percent of Democratic women falling in the keep fighting column, while 88 percent of Republican women feel the opposite.

Overall, about one in seven voters (14 percent) say they’ve taken part in a protest or demonstration since the election.

More voters have taken action in other ways.  One in three has contacted a public official (33 percent) and about one in five has contributed money to a political cause or candidate (22 percent) since the election.

About three in ten Democrats (29 percent) and those backing Clinton (31 percent) have participated in a protest versus hardly any Republicans (2 percent) or Trump voters (1 percent).

The Fox News poll is based on landline and cellphone interviews with 1,013 randomly chosen registered voters nationwide and was conducted under the joint direction of Anderson Robbins Research (D) and Shaw & Company Research (R) from February 11-13, 2017.  The poll has a margin of sampling error of plus or minus three percentage points for all registered voters.