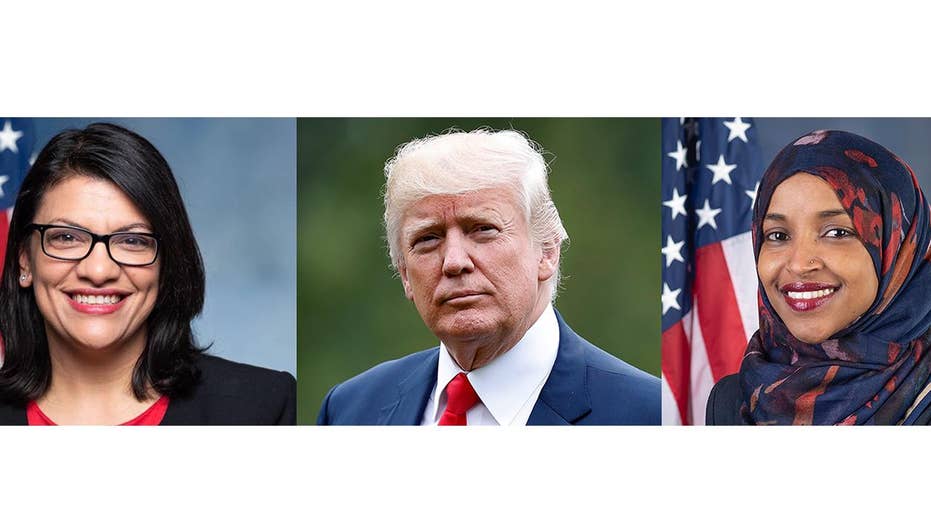 Former Deputy Assistant Secretary of State Joel Rubin discusses how anti-Semitism is being used as political rhetoric. He explains that anti-Semitism has fallen into two competing arguments and how that rhetoric is shaping the political landscape ahead of the 2020 elections.

Former Deputy Assistant Secretary of State Joel Rubin said “there's a difference between being critical of Israeli government policy and being anti-Semitic” as he defended Democratic Reps. Rashida Tlaib and Ilhan Omar in the wake of Israel blocking them from entering the country.

In an interview with Fox News, the former Obama administration official argued that while Omar and Tlaib are both vocal opponents of the Israeli government’s treatment of Palestinians and supporters of the Boycott, Divestment and Sanctions (B.D.S.) movement, their opinions do not make them anti-Semitic.

TRUMP SAYS DEMOCRATS ARE 'PARTY OF THE SQUAD,' SLAMS MEDIA AS HIS 'PRIMARY OPPONENT'

“No, the Squad is not anti-Semitic,” Rubin said. “Omar has said things about Israel supporters that she has apologized for, but that does not mean that she hates Jews. She hasn’t gone on a tirade attacking Jews, like real anti-Semites do. There's a difference between being critical of Israeli government policy and being anti-Semitic.”

Republicans, particularly President Trump, have repeatedly accused Tlaib and Omar – who are both Muslim -- of making anti-Semitic comments. Omar, for instance, has been called out for tweeting "Israel has hypnotized the world.” (The congresswoman did acknowledge and apologize for it later on Twitter.) Tlaib defended BDS and told an interviewer it is “criticizing the racist policies of Israel.”

Last month, as he ripped Tlaib and Omar, Trump went as far as to say that Jewish Americans who vote for Democrats are “disloyal.” 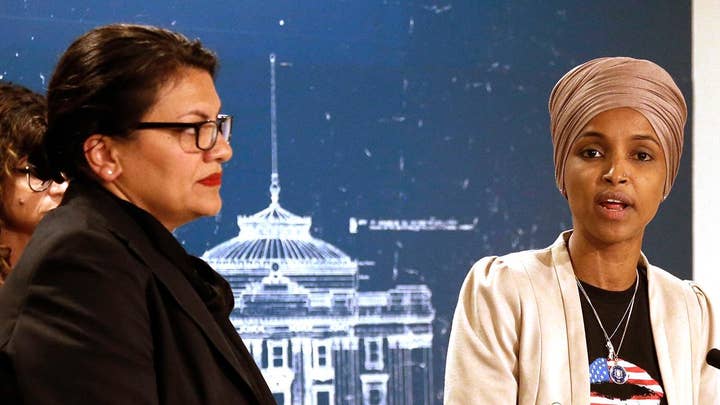 But Rubin argued that when critics call out Tlaib, who is from Michigan, and Omar, who is from Minnesota, and the Democratic Party as a whole, they miss the point when it comes to anti-Semitism in the United States.

“The American Jewish community here at home is on the receiving end of many direct anti-Semitic attacks, verbal and physical, and that has nothing to do with Israel policy,” Rubin said.

Rubin said anti-Semitism had previously been primarily tied to anti-Israel rhetoric regarding the BDS movement. In the past couple of years, however, Rubin noted that there’s been a rise in domestic terrorism against Jewish institutions in the U.S., the second category of anti-Semitism.

Rubin also said he does not see the congresswomen’s views as detrimental to U.S. foreign policy, arguing they could strengthen both the United States’ and Israel’s long-term goals.

"American relations with Israel haven't been damaged at all. American legislators have a duty to ask tough questions in support of American interests, and having that discussion ultimately strengthens our country’s foreign policy,” Rubin said.

He added: “While it’s true that these lawmakers are asking harder, more aggressive questions than is traditionally seen from Congress, the bilateral relationship still stands strong and American support for Israel is firm, and hopefully their views will foster a more comprehensive policy on the Middle East that leads to peace between Israel and the Palestinians - something that is firmly in the interest of the United States.”

Listen to the full interview above to hear more from former Deputy Assistant Secretary of State Joel Rubin.