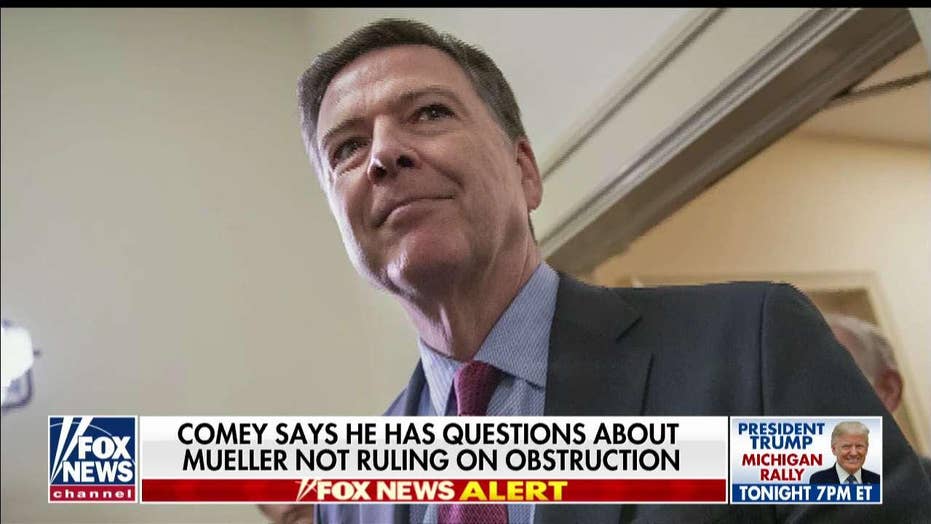 The former assistant director of the FBI said James Comey has become a “partisan political mud wrestler” and that it is wrong to believe that President Trump committed obstruction of justice by firing him.

“I think Jim Comey has become another partisan political mud wrestler sinking down into the mud pit. What I resent, what my former colleagues resent, and the current FBI workforce resents is him constantly trying to bring the FBI into it and kind of use it as a shield,” Chris Swecker said on “America’s Newsroom” Thursday.

“To say that his firing was predication for an obstruction investigation... means he doesn't understand the threshold level of predication to open up a case and that's that's just one of many problems that I have with Jim Comey.”

Comey appeared on NBC’s “Nightly News” with anchor Lester Holt Wednesday night where he said he felt the president potentially obstructed justice by firing him.

“You declined to answer questions specifically about evidence of collusion at that point. A couple of days later, you’re fired,” Holt said.

“A few days after that, I sit down with President Trump,” Holt continued. “He says, ‘when I decided to just do it,’ talking about firing you, ‘I said to myself, I said you know, this Russia thing with Trump and Russia is a made up story.’ What did you think when you heard that?”

Comey replied: “I thought that’s potentially obstruction of justice and I hope somebody is going to look at that.” 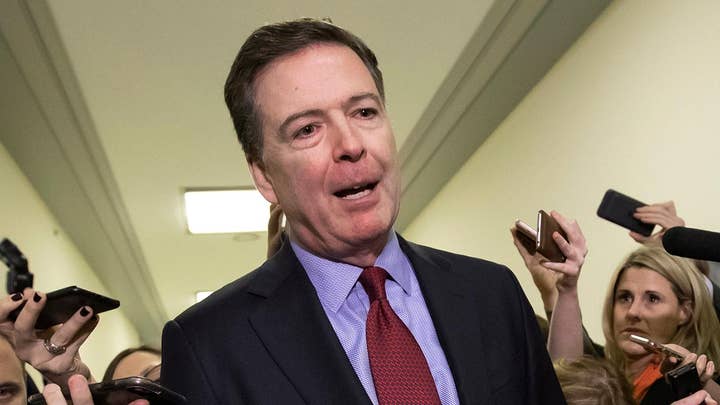 Co-host Bill Hemmer asked Swecker to explain his previous comments accusing of Comey of creating a “culture of leaking.”

“He created a culture of leaking inside the FBI that was followed by Andy McCabe and others. That was the reason for his firing. I mean President Trump can say things that doesn't amount to predication to open up the obstruction investigation,” Swecker said.

Swecker also supported President Trump’s comments on “Hannity” Wednesday that he would declassify information to figure out where the Russia collusion narrative began.

“I have plans to declassify and release. I have plans to absolutely release but I have some very talented people working for me - lawyers - and they really didn't want me to do it early on,” Trump told Sean Hannity.

“I would like to see them I think there's a bigger problem with releasing grand jury information which would be a violation of the law. But the president can declassify the FISA,” Swecker said.

“I don't think it would jeopardize national security because the information that went into the FISA affidavit is pretty much well known. I want to see just what weight was given the dossier and other unverified and high whether the information was withheld.”

Swecker alluded to a “serious problem” if the FISA application relied primarily on the “dicey dossier” by ex-British spy Christopher Steele.

“And frankly I've read the dossier. If that was the main substance of the FISA application we've got a problem. It's opposition research in that the judge didn't know that it came from the Clinton campaign. We've got a serious problem here,” Swecker told Hemmer.