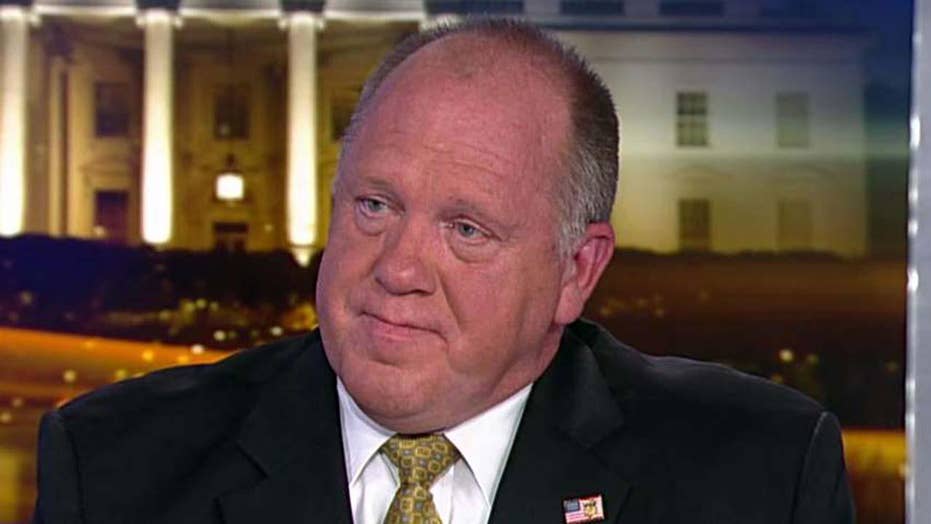 Tom Homan: Migrant families are coming in at record numbers because they know we can't detain them all

"When politicians like her say things like we don't want to detain anybody. She wants to support sanctuary cities. We have the open border attitude or people are enticed to come here illegally and put themselves in the hands of criminal organizations to come to this country. That's why they're coming," Homan said on "Tucker Carlson Tonight" Monday.

Gillibrand, while on CBS News' "Face the Nation," said she would not use the detention system if she were elected president.

"If they are given a lawyer and given a process, they will follow it," she said. "They can go into the community in the way we used to handle these cases under the Department of Justice."

Who's to blame for the child dying in custody today? They need to look in the mirror.

Homan said that is the wrong message to immigrants.

A 16-year-old Guatemalan boy died Monday in U.S. custody.  He had been held by immigration authorities for six days — twice as long as federal law generally permits — before being transferred to another holding facility even after he was diagnosed with the flu.

The teenager, identified as Carlos Gregorio Hernandez Vasquez, was the fifth minor from Guatemala to die after being apprehended by U.S. border agents since December.

Homan argued that policies like Gillibrand's promise to not detain only invites more illegal immigration.

"When you start preaching open borders, we won't detain you, that's when more people come. That's when we're going to lose the border," Homan said.