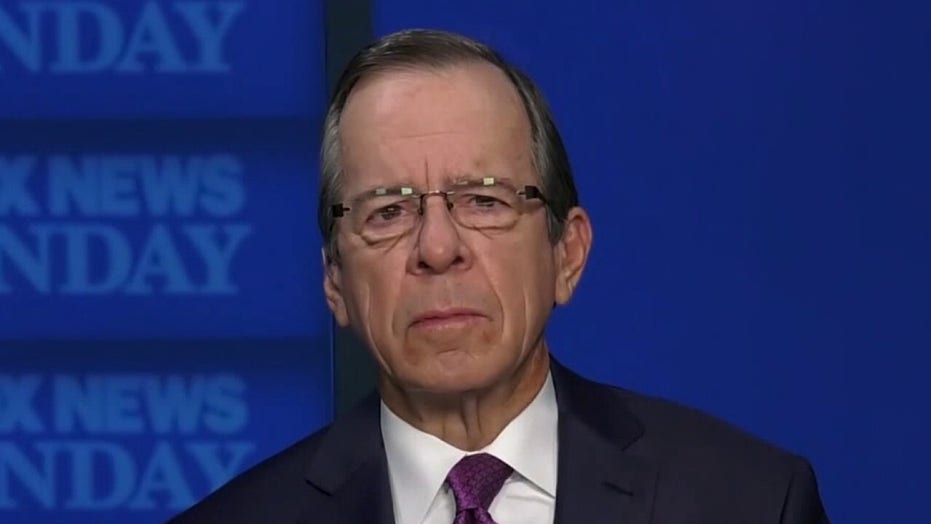 Retired Adm. Mike Mullen on US military leaders speaking out against President Trump

Adm. Mike Mullen (Ret.), former chairman of the Joint Chiefs of Staff,  spoke strongly against the notion of bringing in the military to quell violent protests in the U.S., warning that such a move could sink the public's trust in the armed forces to levels not seen in more than 50 years.

Mullen spoke to "Fox News Sunday" days after publishing an opinion piece in The Atlantic, in which he said he was "sickened" by the use of the National Guard to clear a crowd from Lafayette Square for a presidential photo-op. He strongly stated that the military should never be used against the American people.

Discussing the current political climate, Mullen recalled 1968 and the period following the assassinations of the Rev. Martin Luther King Jr. and Robert Kennedy, while the Vietnam War raged on and public opinion of the military was low.

"I see this reemerging, and from a war, quite frankly, where the United States military lost the respect and the trust of the American people," Mullen recalled. "We’ve regained that. And in very short order, should we get into conflict in our own streets, there’s a very significant chance we could lose that trust that has taken us 50-plus years to restore."

Mullen said he has spoken to minorities who currently serve in the military, and said they are "in despair" and "anguish" at a time when the president suggested using them to counter violence as Americans protest racism and police brutality. He called for more minority representation in military leadership, specifically more "black leaders at the four-star level."