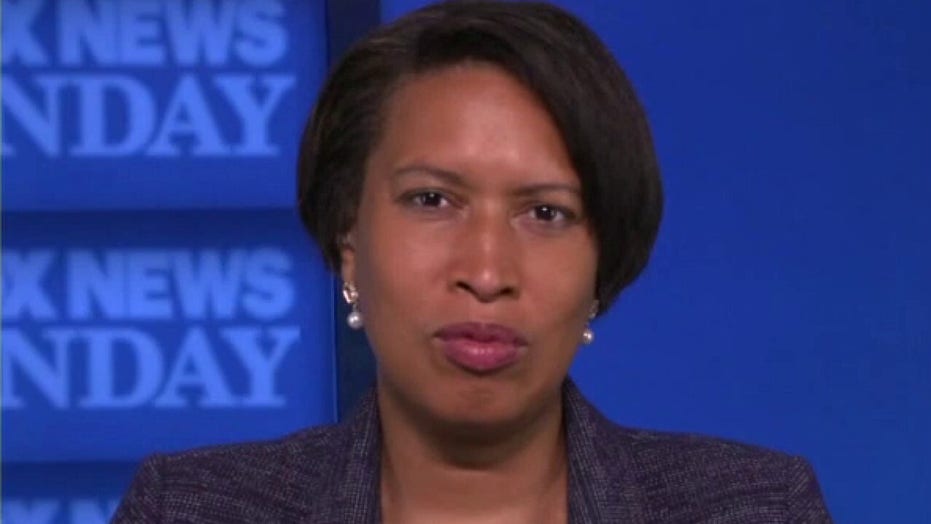 Washington, D.C., Mayor Muriel Bowser had "Black Lives Matter" painted in bright yellow letters on the street that runs into the White House amid the ongoing protests against police brutality and racial injustice in the wake of the death of George Floyd in Minneapolis last month.

Some protesters, however, didn't think that was enough and added a new message onto the street on Saturday night.

Images from 16th Street in the nation's capital now show a smaller "Defund The Police" message attached to the "Black Lives Matter" one.

The section of the street that runs into Lafayette Square, which became the site of controversy after police cleared the park with smoke canisters, rubber bullets and flash bangs prior to President Trump's trip to St. John's Church last week, was renamed "Black Lives Matter" plaza by Bowser two days ago.

Bowser on Sunday defended her move and the large protests in the nation's capital, while also criticizing President Trump's decision to call in active duty U.S. Army troops to quell any unrest in the nation’s capital.

"It's become a centering point, a place for healing strategizing talking, but also redress, which is a right in America, where citizens from all over the country come to their nation’s capital to deliver grievances at the footstep of the people's house," she said on "Fox News Sunday."

“Yesterday we saw our largest crowds that met in various places throughout the district,” Bowser added about the protests on Saturday that drew an estimated 200,000 people to the city’s streets. “And what we heard was people exercising their First Amendment rights, and demanding justice, in peace in a more fair system. And we, as I understand it, had no arrests last night.”

The scene on Saturday was starkly different from earlier this week when law enforcement moved aggressively to push back protesters from a park in front of the White House. Within minutes, President Trump walked across the park to appear before cameras at a church where he held up a Bible, but didn't offer any prayers. The episode has been widely criticized.

“What we saw last week was basically an invasion of our city” Bowser said. “Active-duty Army troops moved from all points around the country to threaten our autonomy in what you saw, and I won't have it reduced to a spat on how I have to defend our taxpayers, and it's sad to say that we would have to defend ourselves against federal forces.” 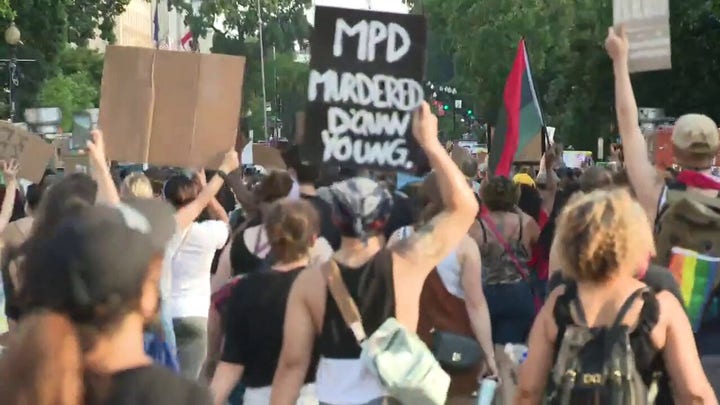 Unlike the major Washington protests of the past, Saturday's events weren't strongly organized. In some cases, they were mini-marches that began in residential neighborhoods before converging on 16th Street, one of the major roads leading to the White House, where Trump spent the day without any public appearances.

Many protesters carried signs urging participants to vote with the passion they brought to the streets. The Rev. Al Sharpton has said he's organizing a March on Washington for late August that would energize voters heading into the fall presidential campaign.

Bowser is under pressure to reduce funding for the city's police and reinvest that money elsewhere. The local chapter of Black Lives Matter derided Bowser's widely publicized move to paint Black Lives Matter across one of the streets near the White House. 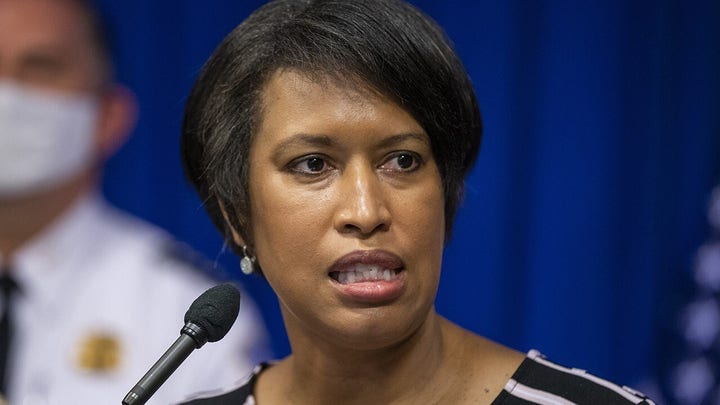 “This is performative and a distraction from her active counter organizing to our demands to decrease the police budget and invest in the community,” it said on Twitter.

But as Bowser strolled that section of the street, the crowd in this overwhelmingly Democratic city burst into applause for a woman who is increasingly the subject of Trump's ire. Art Lindy, a fifth-generation Washingtonian, shouted “Vice President Bowser” as she walked by.

On  Sunday, Trump ordered the National Guard to leave D.C. In making the announcement, he tweeted: “I have just given an order for our National Guard to start the process of withdrawing from Washington, D.C., now that everything is under perfect control. They will be going home, but can quickly return, if needed. Far fewer protesters showed up last night than anticipated!”