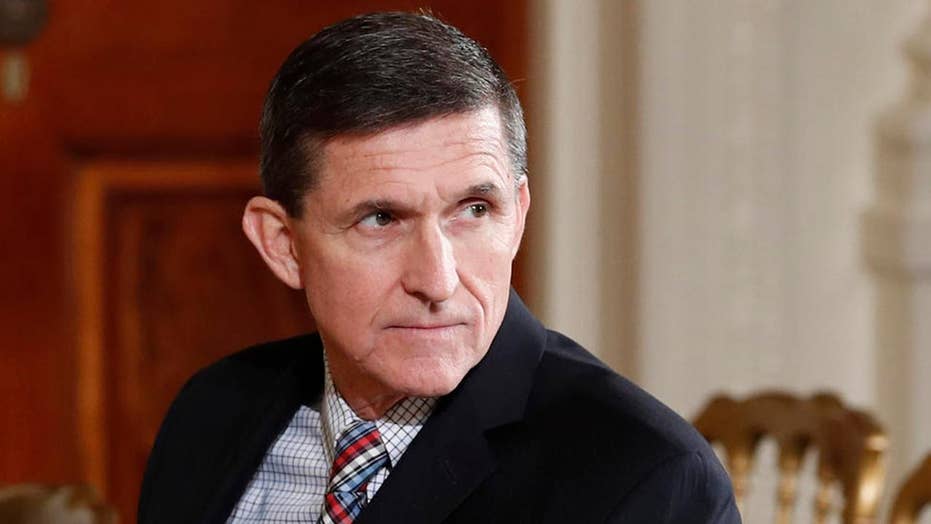 Will Flynn reverse his guilty plea?

Supporters of former national security adviser Michael Flynn are floating the possibility he could withdraw his guilty plea in Robert Mueller’s investigation, as the new judge in the case makes some curious moves amid speculation over whether the special counsel "withheld" evidence.

Legal experts caution that a defendant successfully withdrawing a guilty plea is rare and likely wouldn’t get him off the hook.

But Flynn’s siblings, who are vocal in their support for the former Trump adviser on social media, seem to be advocating that he withdraw his plea.

“Say it very loud....!” Joseph J. Flynn, who helped set up a legal defense fund for his brother, tweeted Monday in response to an activist calling on Flynn to withdraw the plea.

Another sister and brother of Flynn, Barbara Redgate and Jack Flynn, separately retweeted the same message from another activist that read: “Mueller suppressed evidence from the General Flynn case. His plea must be withdrawn and all charges dropped.”

The chatter also comes amid reports that then-FBI Director James Comey told lawmakers last year that agents did not think Flynn intentionally lied to the FBI. Yet Flynn, in December, pleaded guilty to one count of making false statements to the FBI about his conversations with then-Russian Ambassador Sergey Kislyak during the transition.

Flynn lost his White House job over that controversy, after being accused of misleading Vice President Mike Pence and other administration officials.

The idea of Flynn withdrawing his plea has picked up steam online in recent days, especially after the Washington Examiner’s Byron York reported on Comey's 2017 comments.

Fueling more speculation are other unusual moves behind the scenes: days after Flynn’s plea, U.S. District Judge Rudolph Contreras recused himself and was replaced by Judge Emmet Sullivan. Sullivan has a reputation for punishing Department of Justice overreach, including during the case against the late Alaska Republican Sen. Ted Stevens.

Sullivan then raised eyebrows when he ordered prosecutors to give Flynn’s lawyers “any evidence in its possession that is favorable” to Flynn.

Mueller’s team has since postponed Flynn’s sentencing. And last Wednesday, Mueller's team filed a protective order "governing the production of discovery," which indicates they won’t fight the order to hand over documents.

The developments have piqued the interest of former federal prosecutors, who argue there could be bombshells in the material.

“Typically, exculpatory information is not required to be turned over when a plea has been done, but I think this judge is particularly sensitive to those issues, given some of his history and cases he’s had,” John Lauro, a former federal prosecutor in New York and defense attorney who specializes in white-collar criminal defense, told Fox News. 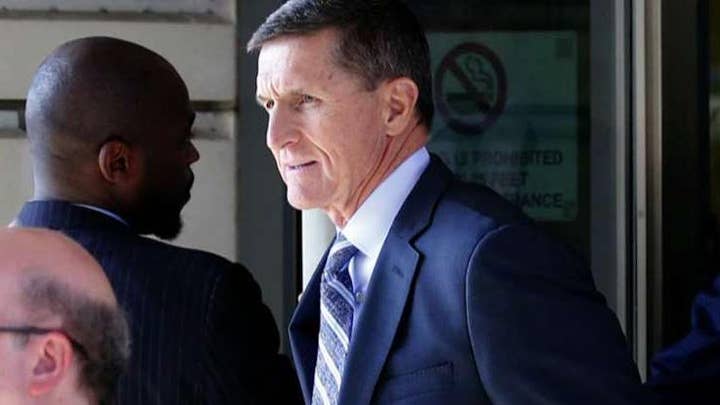 Former federal prosecutor Sidney Powell wrote in a recent op-ed for The Daily Caller that “the recent postponement of General Flynn’s sentencing provides an opportunity for more evidence to be revealed that will provide massive ammunition for a motion to withdraw Flynn’s guilty plea and dismiss the charges against him.”

Andrew McCarthy, a former assistant U.S. Attorney for the Southern District of New York, wrote in the National Review that it “certainly appears that Sullivan’s order supersedes the plea agreement.”

“Could this provide General Flynn with factual grounds of which he was previously unaware to seek to have his plea vacated?” McCarthy wrote. “Would he have a viable legal basis to undo the plea agreement that he and his lawyer signed on November 30? We do not know at this point.”

An attorney for Flynn, Robert K. Kelner, declined to comment.

But legal experts say there’s a high bar for a defendant to reach to successfully withdraw a guilty plea, though it’s not an impossible scenario.

Even if the judge dismissed Flynn’s guilty plea, Mueller could still indict him, and charge him with other crimes in addition to lying to the FBI.

Napolitano: Gen. Flynn - Why did he plead guilty to lying?

“There are lots of factors that go into a decision to plead guilty … In Flynn’s case, there are also the factors of other potential charges that were not pursued by the government in exchange for his plea entered,” Stahl said.

Lauro said withdrawing a guilty plea is “not typically an easy thing to do” but “it is something that can happen if it’s fair and just to do so under the circumstances.”

“It may be very well be that he makes a strategic decision to keep the plea in place because he has other issues,” he said of Flynn.

As part of his guilty plea last year, Flynn agreed to cooperate with Mueller's Russia probe. In a written statement at the time of his plea, Flynn said his "guilty plea and agreement to cooperate with the Special Counsel's Office reflect a decision I made in the best interests of my family and of our country. I accept full responsibility for my actions."

Meanwhile, President Trump, who previously said Flynn "lied," has not ruled out pardoning his former adviser.